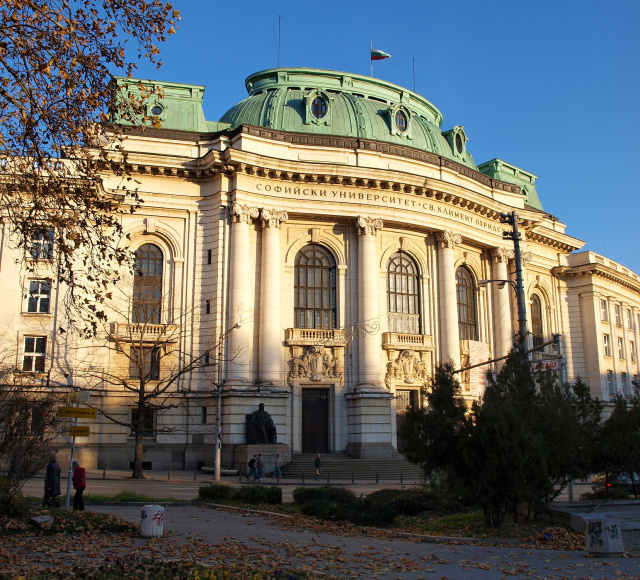 Students from the Republic of North Macedonia might start studying higher education completely free of charge in Bulgarian universities. They might be freed from paying not only for tuition fees but also application fees. This is foreseen by the changes proposed by the Acting Minister of Education Prof. Sasho Penov in Government Decree No. 228 of 1997.

Until now, the students accepted under this decree (up to 300 people per year) paid the same fees as Bulgarian students by state order. The amount depends on the specialty.

What will be the organization for the acceptance of Macedonian students and doctoral students will be determined every year by order of the Minister of Education after coordination with a permanent interdepartmental commission for the implementation of educational activities among Bulgarians abroad.

The funds necessary for the education of students and doctoral students - which may be up to 5 people per year - are provided by the state through the state budget through the budgets of the respective higher schools.

The purpose of the proposed changes is to standardize the regime by which Macedonian students are accepted in our country, it is clear from the reasons of Minister Penov, described in his report to the Council of Ministers. Now there are two decrees - No. 228, adopted according to which they pay tuition fees on par with their Bulgarian colleagues, and No. 103, according to which they enter and study for free.

The first decree is only for the admission of Macedonian citizens, the second - No. 103 of 1993 - is for carrying out educational activities among Bulgarians abroad and includes our compatriots living in Albania, Kazakhstan, Kosovo, Moldova, North Macedonia, Serbia and Ukraine.

"With a suggestion to change in PMS No. 228/1997, it is envisaged the expansion and strengthening of education, which is one of the most important priorities for the direction of Bulgarian policy in relation to the Republic of North Macedonia and the Bulgarian people living there. The aim is to improve the regulatory framework for the admission of students from the Republic of North Macedonia to public higher education institutions. As a result of the changes, the Bulgarian state's long-standing policy of attracting Macedonian citizens by providing a simplified procedure for admission to study in Bulgarian higher education institutions will continue.

The proposed changes in the PMS No. 228/1997 proposed by the draft act are the result of the discussions and proposals of the interdepartmental working group on the application and admission of students from the Republic of North Macedonia to public higher education institutions, established by Order No. R-141 dated 14.09.2021 of the Prime Minister of the Republic of Bulgaria", wrote the former dean of the Faculty of Law and head of the Legal Council of former President Georgi Parvanov Prof. Penov in his report.

The costs of the higher schools for tuition fees for students from North Macedonia will be compensated with funds from the state budget. The necessary additional amount for 300 students per year is: for 2023 – BGN 345.0 thousand, for 2024 – BGN 390.0 thousand and for 2025 – BGN 390.0 thousand.