Day 187 of the Invasion of Ukraine: People in Zaporizhzhia are Lining up for Iodine Tablets 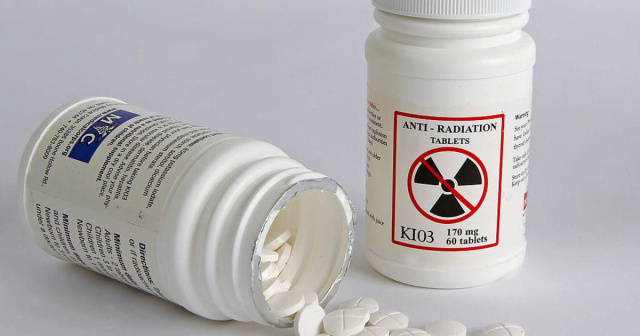 Reports of intense gunfire in the Ukrainian city of Energodar

Russian forces fired on two neighborhoods in Energodar - the city near which Europe's largest nuclear power plant, Zaporizhzhia, is located.

The information comes from the mayor of Zaporizhzhia, according to whom several blocks were affected, a fire broke out. It is currently unknown if there are any casualties. Moscow and Kyiv blame each other for the shooting in the area of ​​the plant. According to Ukrainian intelligence, the Russians are preparing to connect its power to the Russian energy grid.

Experts from the International Atomic Energy Agency are expected at Zaporizhzhia NPP. The date of their visit has not been specified. Kyiv claims that 3 Russian command posts and ammunition depots in Kherson region were attacked.

Ukraine will be among the highlights of the program at a strategic forum starting today in Bled, Slovenia. “Ukraine will take back all the occupied territories”, President Zelensky promised in his midnight address.

People in Zaporizhzhia are lining up for iodine tablets

Residents of Zaporizhzhia began to line up for iodine tablets. The city is located less than 60 kilometers from the Zaporizhzhia nuclear power plant, where in recent weeks there was shelling and fires.

Authorities began handing out the tablets as a precaution against a radiation leak. Simultaneously with the distribution of the tablets, there is a campaign to educate people about how and how much iodine to take.

Taking the tablets makes sense only if a certain dose is taken over a certain period of time. This is how saturation occurs in the body. At the same time, starting therapy with iodine tablets if the radiation has already leaked is pointless. The European Union intends to suspend the validity of the agreement with Russia for an easier visa regime next week, writes the "Financial Times".

The British daily notes that the plan to freeze the 2007 treaty will make obtaining travel documents in the Schengen free movement area more difficult and more expensive for Russian citizens.

According to sources of the publication in Brussels, the decision will be taken by the ministers of foreign affairs of the EU countries on Tuesday - the first day of their informal meeting in Prague but will be announced at the end of it - on Wednesday.

"It is inappropriate for Russian tourists to walk around in our cities. (The European Union) needs to send a signal to the population of Russia that the 'special military operation' in Ukraine is unacceptable," summed up one of the sources to the Financial Times.

Earlier last week, EU countries bordering Russia threatened to unilaterally close their borders to Russian tourists if such a decision was not taken at the pan-European level.

A number of Eastern European Union countries, such as the Czech Republic and Poland, stopped issuing tourist visas to Russians shortly after the start of the war on February 24. Russians who have a visa from a country of the union, however, have the right to enter all other countries of the community because of the rules of free movement, notes AFP.

Last week, the European Commission admitted that discussions were underway to see if a "coordinated approach" could be agreed on the issue of tourist visas for Russians. However, German Chancellor Olaf Scholz has expressed reservations about imposing such restrictions.

On August 9, Ukrainian President Volodymyr Zelensky called on Western countries to ban Russian citizens from entering their territory. Although voices have been heard in support of this idea, there is a general consensus in the EU that the union's borders should remain open to Russians in certain cases - for example for dissidents or for humanitarian reasons.

An IAEA team is on its way to the Zaporizhzhia NPP

The Director General of the International Atomic Energy Agency (IAEA) Rafael Grossi announced on Twitter that he is on his way to the Ukrainian Zaporizhzhia NPP, reported AFP, quoted by BTA.

In the last week, the plant has been shelled and this has raised fears that a major nuclear disaster could occur.

Kyiv and Moscow blame each other for the shelling of the plant.

"This day has come. The IAEA mission is already on its way to the Zaporizhzhia plant. We must protect the security of Ukraine and the largest (nuclear) plant in Europe," Grossi wrote on Twitter and specified that the international organization's experts will arrive in the plant this week.

The Russian army captured the Zaporizhzhia NPP and the surrounding area on the left bank of the Dnieper shortly after the start of its invasion of Ukraine on February 24. Ukrainian armed forces control Nikopol and Marhanets - two cities on the right bank of this wide river, each of which is ten kilometers from the plant.

The city is the administrative center of southeastern Ukraine's Zaporizhzhia region, nearly three-quarters of which is occupied by Russia. However, the rest remains in Ukrainian hands.

The British Ministry of Defense claims that Russian Defense Minister Sergei Shoigu has been removed from his post and the operational command in Ukraine is now in direct contact with President Vladimir Putin.

Intelligence has said the general has been regularly "derided" by officers and soldiers for "ineffective and inadequate leadership" since Russia's advance in Ukraine was halted.

Before becoming the country's defense minister, Shoigu spent a long time in construction and in the Ministry of Crisis Management, the British Ministry of Defense also informed, adding that he probably "has long suffered trying to improve his reputation as a man who does not have the necessary military experience".

Find out more about the UK government's response: https://t.co/UbLfTGATDr

Famous Russian stand-up comedian and pro-government propagandist Igor Mangushev, who claims to have fought as a mercenary on Russia's side in Ukraine, put on an eerie stand-up show after taking to the stage with the skull of a Ukrainian defender of Azovstal killed by his unit. Mangushev's monologue contained a series of taunts and gags with the memory of the murdered man and provoked violent reactions in political circles in Ukraine and Europe.

Russian mercenary Igor Mangushev (Bereg) made a performance with the skull of a Ukrainian soldier killed near Azovstal.

In his speech, Mangushev said that Russia is at war with the Ukrainian idea, so all Ukrainians must be killed.

Still think trading with Russia is a good idea? pic.twitter.com/qpnWS5JCeV

In a Hamlet-like scene, Mangushev, who defines himself as a comedian, while holding the skull with one hand, pours out his attitude towards the Ukrainians and his views on what should happen to them. When asked by the audience if this is not the skull of a civilian, the "comedian" says "it's not a civilian, we f***ed him ourselves", meaning they killed him.

The Plenipotentiary of the Verkhovna Rada on Human Rights Dmitry Lubinets immediately reacted to the video of the Russian propagandist with a skull, which the stand-up actor himself claimed was that of a Ukrainian defender from Azovstal.

"It is no secret that the Russian Federation violates international humanitarian law with regard to the living, but the same is happening with the dead. Through their propagandists, they continue to dehumanize the Ukrainian people, justifying mass killings of civilians and the destruction of settlements.

Thus, the display of the ‘remains’ of the fallen defenders of Mariupol became an occasion for a ‘military-themed stand-up.’ The only purpose of such actions of Russia is to cause pain to the relatives of the dead and missing," Lubinets wrote on his Facebook page.

The human rights defender called on everyone to be focused, not to give in to emotions, but to document the facts of war crimes on a daily basis and make them known to the international community.

Dmitry Lubinets also noted that when people die in war, their bodies should be treated with respect and dignity, regardless of whether the deceased was a civilian or a military member. The remains of unknown persons must be identified.

Respect for the dead - this is not just humanism and care for the relatives of the dead. These are international standards, the implementation of which ensures that the dead do not fill the lists of the missing.

The Ukrainian human rights defender has notified the head of the fact-finding group of the UN Commission of Inquiry on Ukraine, Ole Solvang, about the video and will refer the matter to the Prosecutor General of Ukraine.

Mangushev: We don't care how many of them we will kill and how (scene from the video)

- Yes, let him burn in hell. He was unlucky. They'll make a mug out of his skull, maybe. But our war is not just a war with flesh and blood. Our war is a war of ideas. With the idea of ​​Ukraine as an anti-Russian state. Why can't there be any reconciliation. Ukraine must be de-Ukrainized. The Russian lands of Little Russia must be returned. We are not at war with people, we are at war with an idea. That's the tragedy of the Ukrainian soldiers, that we are at war with the idea and we're f***ing how many of them we're going to have to kill and how we're going to have to kill them. If we were at war with people, we could say, let's reconcile, let's say, brother, that's how it turned out, in short, war. But we are at war with an idea, and therefore all bearers of that idea must be destroyed, as was that bastard, poor Yorick. He probably also wanted not to roll over near Azovstal, but he just didn't choose the right side.

- It's certainly not a civilian's, we personally f***ed him.

- Do you think he understood what this 'Russian Мир'* is? (voice from the audience)

- I think yes, he understood what 'Russian Мир' is."