Bulgaria: A Municipal Councilor in Velingrad was Murdered (UPDATED) 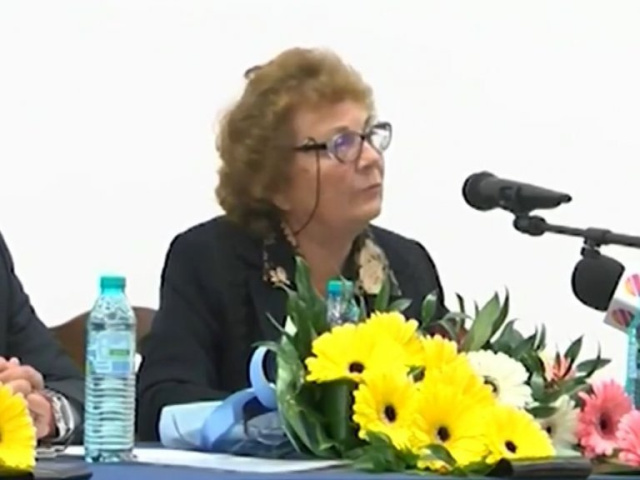 The municipal councilor in Velingrad, Ekaterina Kaferinova, was killed last night in her home. The police are expected to give official information about her murder.

The report was made shortly before 9:00 p.m. on Sunday. The suspect is a man who himself reported the murder to 112. At the moment, there is no evidence that the victim received threats.

The information about the murder of 72-year-old Ekaterina Kaferinova was confirmed by the director of the Pazardzhik Police, Senior Commissioner Petko Shotlekov:

"It's a fact, it's a fact and we're in the process of investigating," he said.

The murder was reported by Mincho Stolarski, who is the brother of a local hotel owner. One of the versions is that he is the perpetrator of the murder:

"When a signal is submitted, there are no guarantees that the sender is his true identity. These are still initial data that must be confirmed," said Commissioner Shotlekov.

Ekaterina Kaferinova has been a municipal councilor from the Bulgarian Agricultural People's Union for 20 years. Currently, one of the motives for the murder is an unclear financial relationship:

"Things are still being investigated, we have to have indisputable evidence to give more information."

An arrest has been made for the murder of the municipal councilor from Velingrad, Ekaterina Kaferinova, the police in Pazardzhik announced. This is a 73-year-old man who reported the crime.

He admitted that he killed the victim with his own hands in her home. He also indicated the house where the crime was committed.

The victim had known her murderer for many years. According to local residents, the two lived on a family basis.

Ekaterina Kaferinova was strangled. She herself is very popular in Velingrad, but over the years she has been the subject of several encroachments. Some time ago, she was attacked by two masked men and beaten, then threatened with an explosive device. Kaferinova is 72 years old and has been a municipal councilor in the city for several terms. She had her own business.

There is no evidence of a political motive in the murder of the municipal councilor from Velingrad, Ekaterina Kaferinova. This was announced by the district prosecutor of Pazardzhik, Albena Kuzmanova, at a briefing today.

She specified that the local District Prosecutor's Office monitors the pre-trial proceedings under Art. 115 of the Criminal Code for intentional murder. Procedural actions are currently underway. The murdered woman and the detained Mincho Stolarski had a relationship years ago, until 2017.

On August 28, Mincho Stolarski arrived in Velingrad for Kaferinova's birthday but there was no celebration because her ex-partner demanded the money he had lent her. It was around several hundred thousand levs (BGN), confirmed the supervising prosecutor in the case Paun Savov.

According to the investigators, the 73-year-old man was engaged in real estate business and had financial relationships with the municipal councilor.

A scandal broke out between the two and in a state of anger, he grabbed her by the throat. That's where the traces of violence and injuries in the neck area come from.

The 72-year-old woman died, and the perpetrator called 112, and the report was filed at 8:50 p.m. Mincho Stolarski told the police what he had done, and gave the police the address of his ex-girlfriend's home. When the tragedy happened, the two were in one of the rooms on the second floor of the house on "Hr. Smirnenski" street in the resort town, where the "Kaferinova" mineral beach is also located. They were alone.

Today, the 73-year-old Stolarski is to be charged and requested to be detained for 72 hours, and then permanently. The motives for the crime are entirely personal, there are no political ones, and the elderly man faces 10 to 20 years in prison.