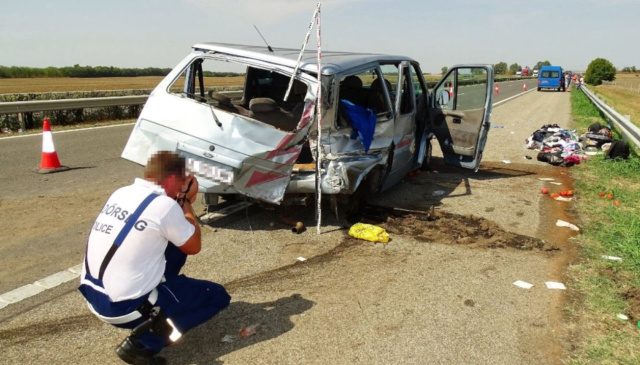 A 60-year-old woman died in an accident involing a Bulgarian bus near the Hungarian city of Kecskemet, Hungarian internet sites report.

According to the local police service, nine women were traveling in the bus to France.

According to information from the Bulgarian Ministry of Foreign Affairs, three of the women were seriously injured and were admitted to a hospital for treatment.

According to initial information, a technical malfunction of the bus, which caused it to turn on the road and hit the guardrail several times, is among the leading versions that the investigation is working on.

At the moment, the Hungarian police are interviewing witnesses, an investigation has begun to clarify the causes of the accident.