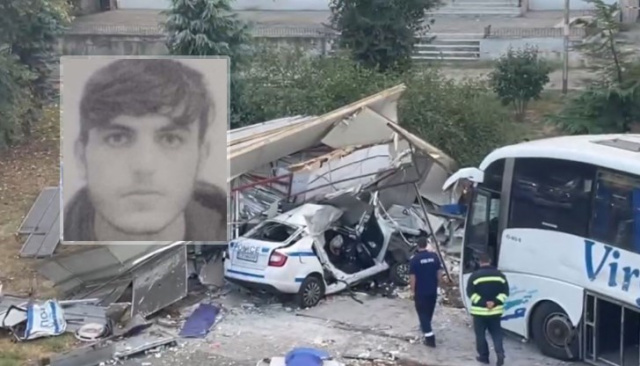 The 15-year-old Syrian, who drove the bus, that hit a police car in Burgas and caused the death of two policemen, can receive from 3 to 10 years in prison. Prosecutor Sonia Petrova from the Prosecutor's Office in Burgas announced this at a press conference today. She explained that given the fact that the perpetrator is a minor, this is the maximum possible punishment.

Prosecutor Maria Markova announced that a charge of human trafficking has been brought against a total of three Syrians - the 15-year-old driver, a man who accommodated the refugees on the bus, and the man who bought the bus. The punishment for this crime is up to 6 years in prison and a fine between BGN 5,000 and 20,000. All the accused were ordered to be detained for 72 hours, after which their permanent arrest will be requested.