Bulgarian PM: We will Prove that We can Guard our Border which is also EU’s Border 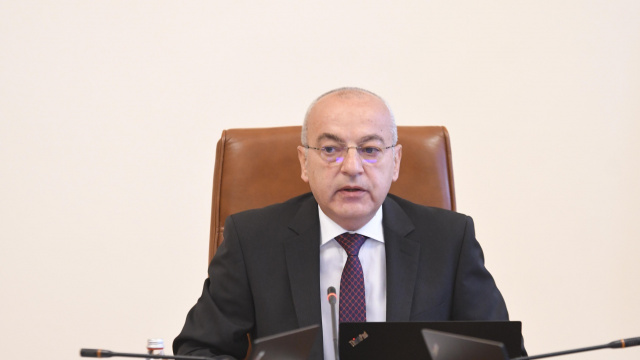 “The increased migrant pressure in the last few months will meet the decisive response of the state. Police and army will guard the Bulgarian-Turkish border together.”

This was stated by acting Prime Minister Gulab Donev at the beginning of today's government meeting.

“Despite the suspicions of complicity, I am convinced of the strong motivation of the police officers and military personnel who will be involved in guarding our border”, Donev added.

He noted that all services whose main task and function is to ensure national security must intensify their activities to prevent illegal traffic so that there are no surprises when a 15-year-old boy with humanitarian status drives a bus with 47 illegal migrants. The Prime Minister also noted that Bulgarian institutions should cooperate with Frontex.

I entrust the Ministry of the Interior with the task of carrying out strict control and monitoring of roads known to be used for migrant trafficking, the Prime Minister said, noting that local citizens are aware of which areas are used by traffickers and sewers.

“We will show that we are capable of guarding our border, which is also that of the EU”, Galab Donev also said.

The members of the Council of Ministers honored with a minute's silence the memory of the two police officers who died in Burgas - Yordan Iliev and Atanas Gradev, who lost their lives while trying to stop a bus with illegal migrants, driven by a 15-year-old refugee.

“These men of duty restored the compromised border at the cost of their lives”, emphasized Galab Donev.