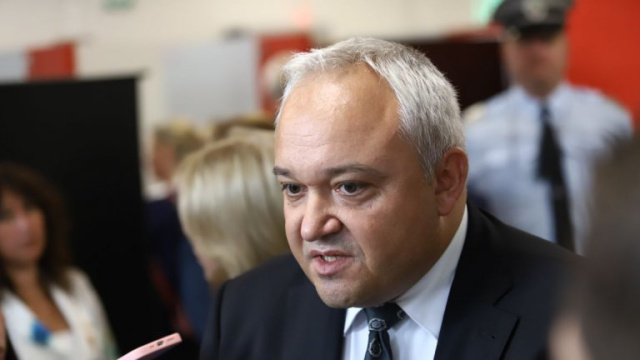 Acting Interior Minister Ivan Demerdzhiev announced that there is no evidence that a police umbrella was provided over the bus with migrants, which yesterday crashed into a patrol car in Burgas and killed two policemen.

"For the bus with migrants that crashed in Burgas, there is no evidence that it was provided with an umbrella (protection), but I assume that the route was chosen for it to travel on since we cannot saturate every street and every road with police forces," he commented he in front of bTV.

However, according to him, there are data that police officers are involved in allowing migrants to cross the border.

"We have been working with this data, not since yesterday. For two weeks now, I have ordered the services in the Ministry of Internal Affairs to actively work on signals and operational information in this direction," announced Minister Demerdzhiev.

"The migrants from the bus rode where the passengers are usually sitting, they were not in the luggage compartment. This transport took place at night, the very first checkpoint there was a stop baton that was supposed to stop the bus, only the bus continued. The officers from the Border Police get on, drive off with their car after the bus, signal to their next colleagues on the route", this is what the interior minister said about the incident.

According to him, in order to protect the migrants, the policemen risked their lives.

"It should be noted that there were 47 people traveling on this bus, including women and children. The police knew that the bus was full of people and this greatly limited the possibilities to act. Very often traditional methods such as spikes and others like that could lead to a serious accident and kill many of the people on the bus," he added.

According to the Secretary of the Interior, our philosophy of border security is wrong from the start because it relies mostly on manpower and the border facility itself is not reliable enough.

"This is not a modern facility, I saw how it was overcome with a ladder literally in minutes," said Ivan Demerdzhiev.

Migrant pressure is multiplying, the minister also announced. According to the data he presented, the pressure has increased more than 6 times compared to last year: "We stop about 1,000 people a day at the border line".

The head of the Ministry of Internal Affairs recalled that already in the first days of taking office, he had checked the border, received a report that the situation was difficult, but was under control.