Overview of the Тragedy in Burgas in which Two Policemen Died 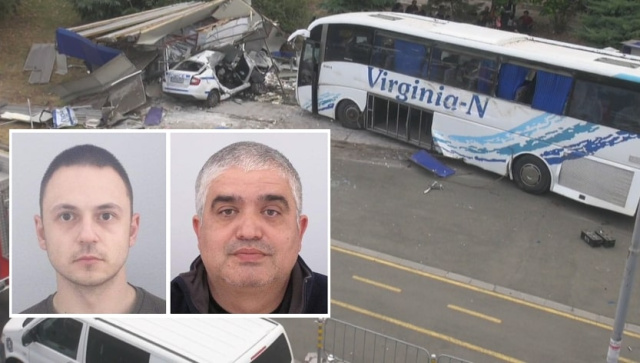 Two officers died after their police car was hit early this morning by a bus carrying 48 illegal migrants during a pursuit, along with Border Police jeeps. The accident happened at the roundabout on "Trapezitsa" Blvd.

VIDEO OF THE CRASH BELOW. WATCH AT YOUR OWN DISCRETION!

"The police cars were chasing him, they wanted to stop the bus. He didn't stop, he couldn't take the turn on the roundabout, so he knocked down all the kiosks in front, then hit the police cars. The policemen chased two persons: one ran away, the other ran into the tunnel, they even fired bullets. One was caught, the other escaped through the tunnel. I don't know if they caught him yet."

The bus belongs to a Haskovo company, scrapped, and its owner, who gave it to the two Syrians, was detained.

The Acting Minister of Internal Affairs Ivan Demerdzhiev stated in Burgas that responsibility for what happened is also borne by the "Border Police" and expects the resignation of Deyan Mollov, the former director of the "Border Police", who was demoted a few days ago to the "Border Guard" department: "I personally cannot explain how such large groups of migrants are allowed to reach the interior of the country with such a saturation of personnel along the border. As you can see, they have reached the center of Burgas here. I personally will not tolerate such a situation".

Minister Demerdzhiev admitted that the migrant pressure has multiplied and assured that actions are being taken to deter it, and the Ministry of Defense announced that it is increasing aid for border security. From August 27, the Ground Forces will gradually increase their participation with more than 300 servicemen with the necessary equipment.

The regional governor of Burgas, Maria Neikova, announced tomorrow, August 26, as a day of mourning in the entire region in memory of the two police officers.

Five people have already been detained in connection with the case this morning.

Shortly after 5 p.m., the Ministry of the Interior invited the media to Parvomai to cover the release of one of the detained Syrians. 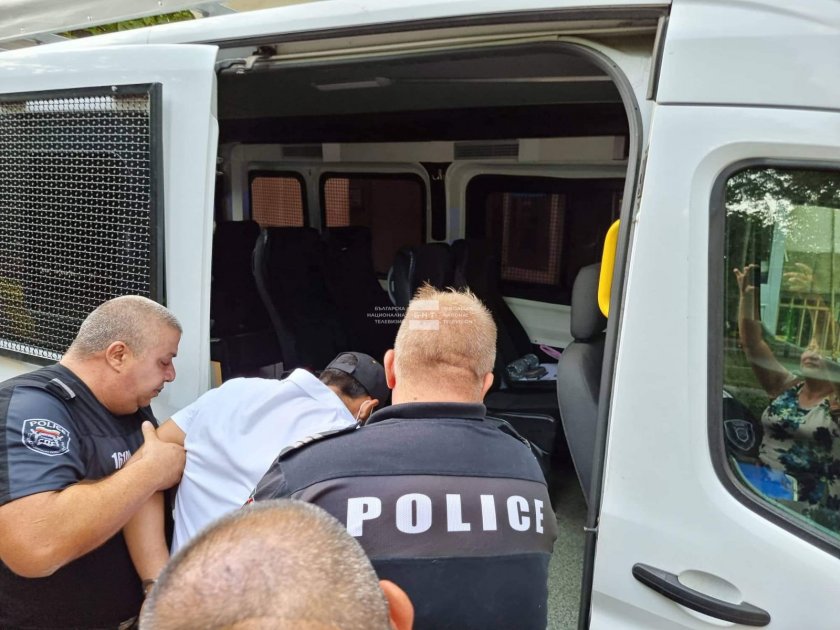 The bus with 47 Syrian refugees was chased for 25 kilometers. The driver, a Syrian citizen with refugee status, did not stop at two Border Police posts. 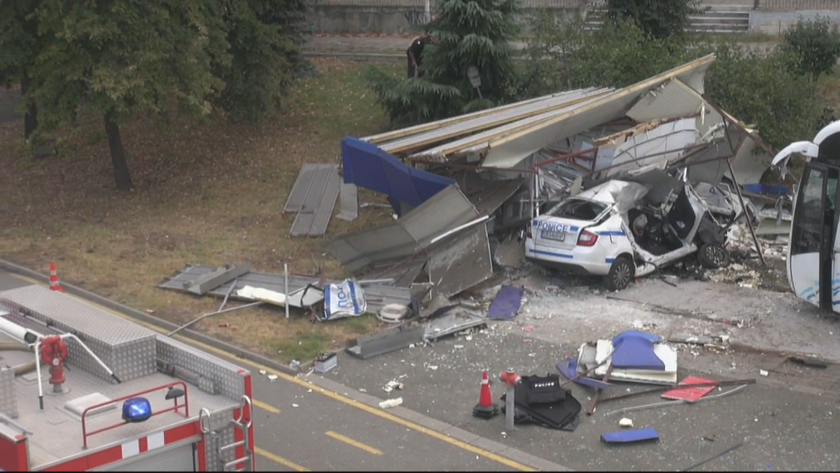 "I woke up at 5:00 a.m. from the accident itself. I heard a loud bang. The police were chasing the suspects, the ambulances came immediately, the fire department came immediately. There were people who started to run," reported an eyewitness. 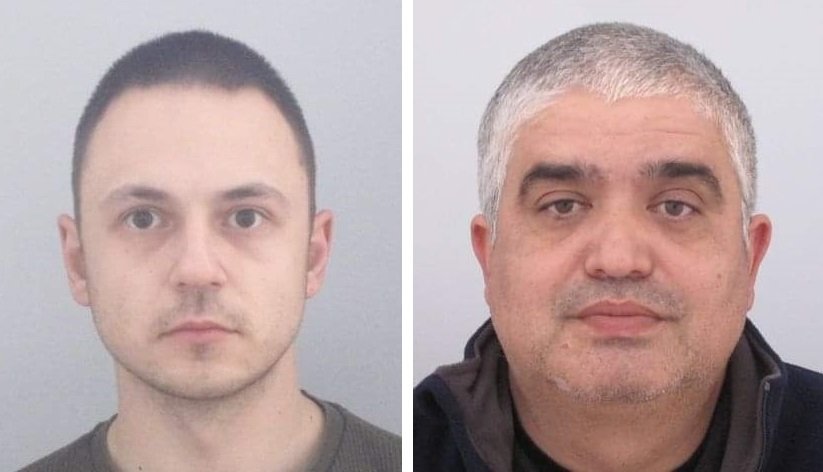 Two charges will be filed tomorrow against the five detainees. They are for an intentionally caused traffic accident that led to the death of two police officers, and the second - for human trafficking. District Prosecutor Georgi Chinev: "War has been declared on the Republic and we as security agencies will resolutely and stiffly oppose it, of course, within the law".

If our country does not negotiate with Turkey to limit the migrant pressure, there will be no change, said the mayor of the border municipality of Malko Tarnovo Iliyan Yanchev: "Until they sit down again for some talks with our neighboring country Turkey to talk and sign some kind of agreement, the problem will continue".

"One of those detained for the crash in Burgas is 15 years old, a Syrian citizen, his name is Omar and he is part of the refugee center in Harmanli. It was established that he left the center on August 22. The police have been notified to announce a search," Mariana Tosheva, head of the State Agency for Refugees, said at a briefing. 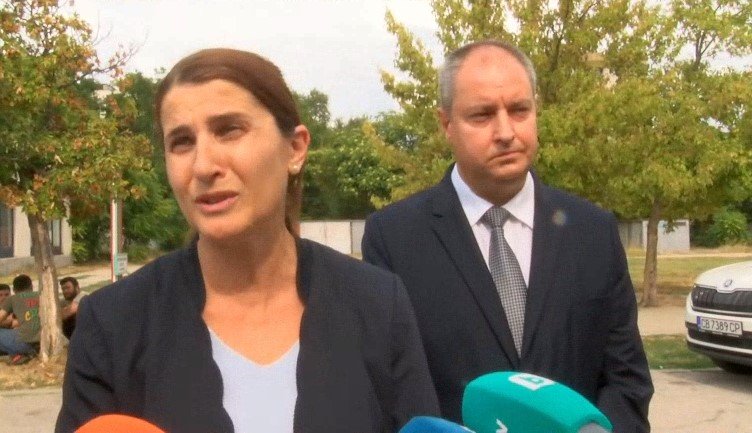 According to her, since August 22, the man has not returned to the center and it is not known where he was, nor is it clear whether he was driving the bus.

"The boy submitted an application at the beginning of June for family reunification, his parents are in Turkey, on June 23 he received permission for reunification. After the circumstances that have arisen, this procedure will be terminated," added Mariana Tosheva.

She specified that every evening after 10 p.m., after the center closes, it is checked whether all people are in their rooms or on the grounds of the center.

"There are 700 people in the center. The other person we were informed about, in 2014 a refugee with humanitarian status from Syria, last known address some said he was in Sofia, others said Stara Zagora, he is not registered in some of the centers. We have written to Mr. Rashkov (former interior minister) for a gendarmerie to guard the center. There are 700 people in a large area and 10 guards for the whole night. The presence of the gendarmerie in previous years has proven its effectiveness in order to keep traffickers away from the center, that there are no late returns and attempts to enter, there are gaps in the fence, someone can enter from somewhere," added Mariana Tosheva and emphasized that control has not decreased.

Dimitar Kirov, deputy chairman of the State Agency for Refugees, said that every morning an inspection is made of the places of accommodation.

"If they are absent for more than 48 hours, their procedure can be terminated. Two persons are currently absent who have not returned, but 48 hours have not passed since they did not return to the center," added Dimitar Kirov.

"It was discussed about the presence of the gendarmerie to control the security in the refugee center. There is a 24 percent increase in the refugee pressure in June and July," added Minko Angelov, district governor of Haskovo.

According to him, the reaction of the authorities was delayed, and there are objections to the upgrade of border security.

"We made a detour at the border at the end of last year, there were 6 compromised sections, repairs to the fence began," Minko Angelov also said.