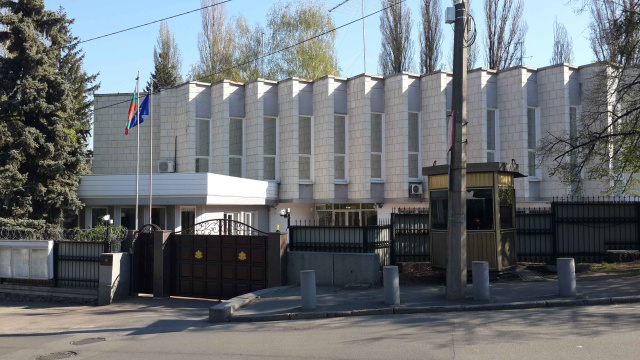 In September, the embassy of the Republic of Bulgaria in Kyiv can be restored, if the military conditions there allow it, announced the Deputy Minister of Foreign Affairs Kostadin Kojabashev, who before occupying this post was the ambassador of our country in the Ukrainian capital.

The first group of Bulgarian diplomats will leave for Kyiv at the beginning of September to start work, and the second at the end of September. If there are 40 voting applications, sections will be revealed there.

For now, the conditions in Odesa do not allow the opening of our Consulate in the city.

Regarding the actions of the Republic of North Macedonia towards the Bulgarian associations in Ohrid and Bitola, the Ministry of Foreign Affairs is monitoring the process, calling on Skopje to fulfill the Copenhagen criteria, which it has undertaken, explained Zhelyazko Radulkov, the expert who also works on the so-called "French proposal".

Kojabashev explained that the Ministry of Foreign Affairs will assist the Bulgarian community in Albania to meet with President Rumen Radev in view of the upcoming population census in Tirana and the problems related to the insistence of Macedonian organizations that there are Macedonians and not Bulgarians there. The meeting was requested in a BNT report earlier this week.

Next week, at the informal meeting of the EU foreign ministers "Gymnich", Bulgaria will support the proposal of the Czech Presidency to suspend the Agreement to facilitate the issuance of visas for Russian citizens, but for now, there is no discussion of a complete suspension of the issuance of visas.

Since March, our consular services have issued 8,800 visas to Russian citizens, but how many of them have entered our territory remains unclear.