Bulgaria: Two Policemen Died in Burgas while Trying to Stop a Bus with Migrants (UPDATED) 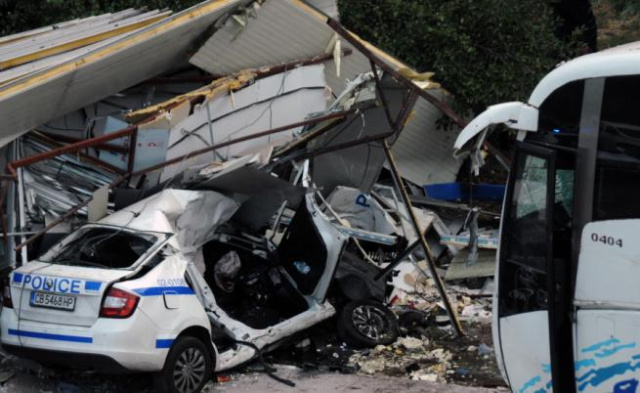 Two policemen died this morning in Burgas when they tried to stop a bus with illegal migrants.

Shortly before 05:00 a.m. this morning, the bus did not stop consecutively at two "Border Police" checkpoints, explained Stanimir Stanev, Deputy Chief Secretary of the Ministry of Internal Affairs.

The bus was carrying 47 migrants. In the area of ​​the "Trapezitsa" roundabout, it entered the bicycle lane, ran over the police car, the bus stop, and a chemical toilet. 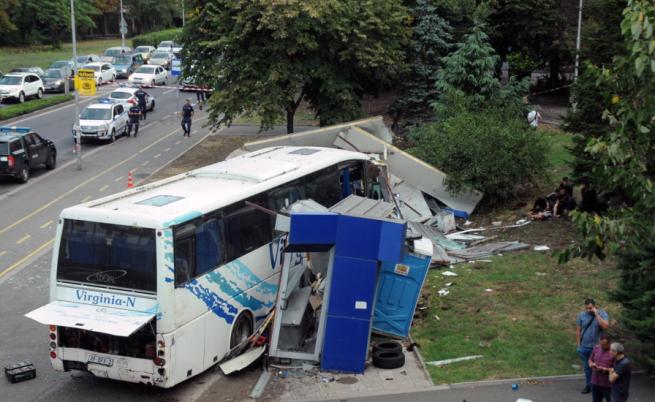 Police, fire and ambulance teams are on the scene. Investigative actions are pending, which will be carried out by employees of the National Investigation Service and the Prosecutor's Office.

According to initial information, no migrants were injured. Active actions have been taken by the Ministry of Internal Affairs along the border, the forces of the Bulgarian army have been involved, as well as drones, Stanev specified.

The district prosecutor of Burgas, Georgi Chinev, defined the actions of the bus driver with migrants as a "conscious purposeful act". According to Chinev, in this case we cannot speak of an act of carelessness. 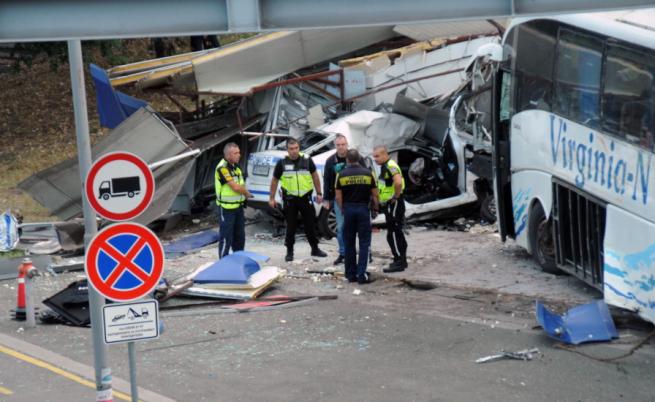 “The bus used to transport illegal migrants was scrapped and has no reason to be on the country's roads”. This was stated by the Minister of Internal Affairs, Ivan Demerdzhiev.

The bus is owned by a company from Haskovo, which bought it from a company from Kardzhali. Demerdzhiev specified that it has already been clarified how it was acquired. The owner who gave it to the two people who transported the migrants was detained.

The bus was put up for sale more than a month ago.

The ad describes it as being in excellent technical condition, with only a few fogged side windows.

One Syrian with the status of humanitarian protection in our country has been detained, and another is wanted for the accident between a police patrol car and a bus carrying migrants, in which two policemen died.

Acting Minister of Internal Affairs Ivan Demerdzhiev announced that Border Police officers are also responsible for what happened. This is the reason why he requested the resignation of its deputy director Deyan Mollov.

"The main reason for this incident is the insufficiently precise execution of the tasks by the Border Police because it was not the task of the police in Burgas to stop the bus. This should have been done by the Border Police before that. So I expect by the end of the day Mr. Mollov's resignation. I fervently hope that he will do this himself and evaluate the reasons," Demerdzhiev pointed out.

Shortly before, the minister announced that the smugglers had declared war on the state and it would respond with all its might. Demerdzhiev vowed to do his best to see the operation through.

Tomorrow in Burgas will be a day of mourning in memory of the dead policemen, said the mayor of Burgas, Dimitar Nikolov, who visited the scene of the tragedy.