Bessarabian Bulgarians in Ukraine: We Hope for Peace but the War will Not End Quickly 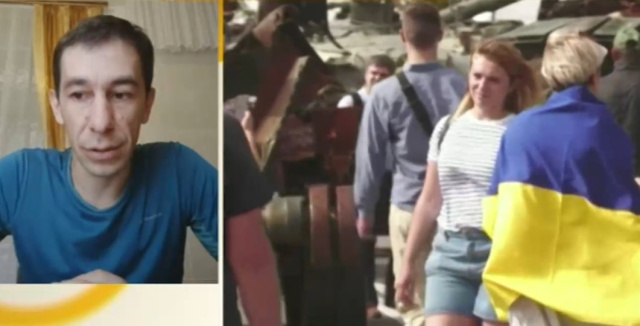 On the Independence Day of Ukraine, after 6 months have passed since the beginning of the war there, through their personal story on Nova TV, Bessarabian Bulgarians talked about war and peace.

Prof. Stanchev: "Every day we hoped that it would end tomorrow. Especially in the first phase of the war, which was the most complicated period of this invasion. Today, after 6 months, I think that we talk about it as a phenomenon that is among us".

The teacher recalled that from the first broadcasts from Kharkiv, he talked about the situation on the ground, then he and his wife came to Bulgaria, but she has already returned. "They are bombing again this morning, every day they bomb Kharkiv. During the day it is more or less quiet. From 10 in the evening until 5 in the morning, they bomb," she said.

Now he sees several trends: "Although it was supposedly unexpected for us, this war was being prepared for a long time. Russia was doing everything, starting back in 2014 to prepare for the full-scale invasion, to prepare the fifth column. And this fifth column is 100% used”. He pointed to information from intelligence agencies that the FSB agency in Ukraine is no less than 5,000 people. And although Ukraine has taken measures against it, there is still much more to do.

The professor defined another important conclusion: "Ukraine broke the myth about the second army in the world - the Russian one". And he pointed out what worries him: "Europe is getting tired of the situation".

In conclusion, according to him: "The war will not end tomorrow. The active phase will continue until the winter, in the spring - if something does not happen in Russia itself - because there is a fundamental contradiction between the FSB and the generals and the army, 8 generals died at the front. The second phenomenon is that the Russians do not want to go to war for Putin's ambitions. So he switched to another type of war at the end of the 6th month - bombing from afar, from the territory of Russia. This is another principle in waging war. This is the principle of terrorist attacks".

Dmitri Petkov talked to Nova TV from Odesa: "For this half year - you get used to it, fortunately, or unfortunately. In Odesa, unlike Kharkiv or Mykolaiv, or the other cities, the situation is more or less quite calm and stable. Coffee, beer, walks - that's it." But he explained that many people have lost their jobs. There is also a problem when an "air alert" is launched. “And we still live under a curfew from 11 pm to 5 am”.

"We all hope that peace will come faster and sooner. However, I note to myself how over time each of us said: ‘Here, until Easter, until May 9th, then - until summer, this will be over’. Now we understand that with each month we extend the time when, according to our judgments will end the war. Yes, we hope for it to end faster, but we understand that, unfortunately, the war is being prolonged".