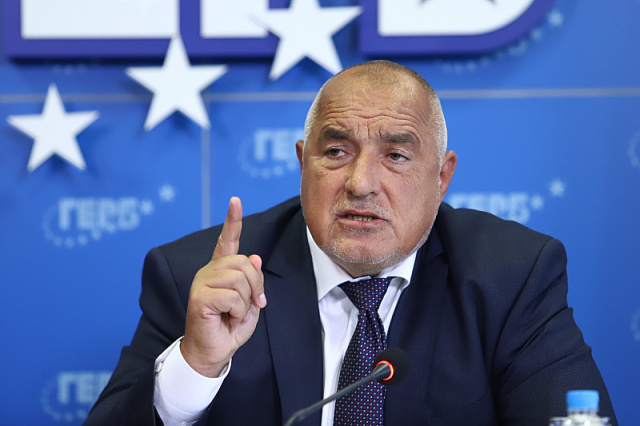 The leader of GERB and ex-Prime Minister, Boyko Borissov

According to Borissov, Petkov's office did not sign the contract and did not reserve a delivery point for unloading the tankers.

"And they admit to themselves that they deliberately, when possible, did not sign contracts. And now they are writhing and wondering what to do - they create headquarters, go out, talk, we can't understand what, it turned out that the Greek connection is still not ready... And our work, which we have done, is concrete and clear - we reserved half a billion capacity in 2018. That is why we talked about the Balkan gas hub, that is why we cooled down with Greece because in these two years they withdrew everything from us. My colleague Mitsotakis spoke about the gas hub ‘Greece’. We are now simple customers that everyone loads us as they see fit because Kirill and Asen put us in this position - to have no slots, no tankers and no contract with Gazprom"

Borissov stated that Bulgaria loses BGN 20 million per day from Gazprom and Lukoil, while the companies in question earn twice as much.

He recalled that in 2020 the price of gas left by GERB was BGN 37 million based on long-term contracts, and after the "Change" (referring to Petkov’s Party “We Continue the Change”) it is already close to BGN 300 per megawatt hour.

Boyko Borissov called on the caretaker government to immediately reserve slots for the gas supply.

The leader of GERB also turned to "Democratic Bulgaria" and expressed his satisfaction with their declaration, with which they declare categorically against the return of "Gazprom" as a gas supplier to Bulgaria, but insists that "Lukoil" should also be included in this declaration.

“Democratic Bulgaria do not want to take a bath, they are protesting in front of the presidency, and at the same time, Asen Vassilev shouts that there is nothing wrong with what came from Gazprom. All of a sudden the protests disappeared, do you notice – the spontaneous protests disappeared. Why did the colleagues from DB suddenly stop speaking against Lukoil, what happened? Why is Russian oil cool to us, but Russian gas is not? I have observed this split in their personality for many years. Why is Russian oil and Lukoil, which in the same way harms the state, good for DB and not included in this declaration. We want them to our declaration, which also includes Lukoil.”