Vucic: Serbia will be without Russian Oil from November 1 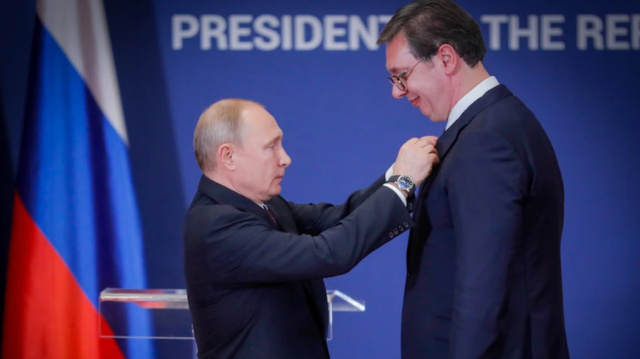 From November 1, Serbia will not be able to receive oil from Russia, which is delivered to the country by tankers across the Adriatic Sea and then by pipeline through Croatia. This is what Serbian President Aleksandar Vucic said to the media.

In late June, Vucic said Serbia needed to find an alternative to Russian oil because of Western sanctions against oil tanker deliveries from Russia. At the time, he indicated that oil could only reach the republic via the JANAF Adriatic pipeline from the port of Omisalj in Croatia to the Pancevo refinery of the Petroleum Industry of Serbia (NIS), which is 56.15% owned by Gazprom Neft and Gazprom.

"What are we going to do with electricity, oil? From November 1, there will be no Russian oil for us, we will be under sanctions” (due to restrictions on supplies from Russia), Vucic said in an address to the citizens.

He previously said that from November 1, due to the new EU sanctions package, Serbia will not be able to import oil from Russia and is looking for new commercial storage to secure reserves. The Serbian president said that the alternative raw material - oil from Kirkuk, Iraq - is 31 dollars per barrel more expensive than Russian oil, which would lead to losses for the budget of 600 million dollars a year. In mid-July, the Serbian president suggested that "if necessary, an agreement could be reached with the Russians to hand over the NIS to the state for the duration of the sanctions and return it when the sanctions end."