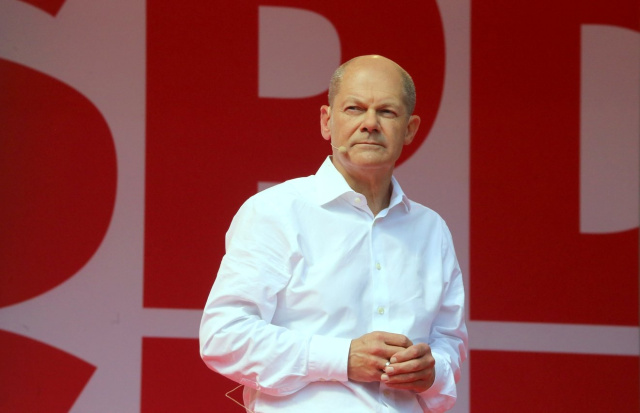 More than 60% of German residents are dissatisfied with the work of Chancellor Olaf Scholz and the governing coalition of the Social Democratic Party, the Greens and the Free Democratic Party.

This is shown by the results of a survey published last night, conducted by the sociological institute INSA on behalf of the "Bild" newspaper.

Currently, only 25% of Germans are satisfied with Scholz's performance as chancellor, and as many as 62% are dissatisfied - a record low during his tenure.

Meanwhile, the reputation of the ruling coalition, known as a "traffic light" because of its party colors, continues to fall, with only 27% of Germans currently satisfied with the government and 65% dissatisfied. By comparison, a possible governing union known as "Jamaica" between the right, the Greens and the Free Democrats would enjoy the trust of 58% of Germans.

Confidence in the SPD is falling and it is now in third place, after previously winning the Bundestag elections, with only 19% of respondents voting for the Social Democrats, 28% for the CDU, and 21% for the Greens. The Free Deputies party enjoys the trust of only 8% of those surveyed, while the far-right "Alternative for Germany" (AfD) - 12%, and the German “Left” - 5%.

According to "Bild", the provincial elections in Lower Saxony on October 9 will be decisive for Scholz. If the SPD loses its regional premier Stephan Weil, things will become quite uncomfortable for the ruling party.