Zelensky: I didn't say War was Coming because in the Chaos the Russians would have Destroyed Us 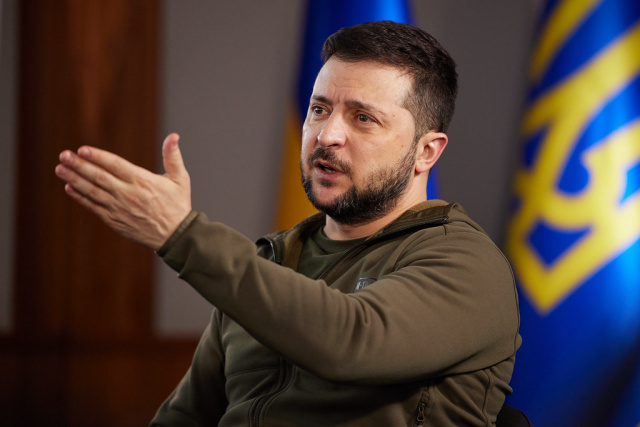 The Ukrainian president has come under unprecedented criticism from Ukrainians since the beginning of the war after his interview with The Washington Post, in which he said he knew about the looming war as early as last fall, but did not tell his countrymen. Some see this as the first real crisis in his team's communications strategy.

Volodymyr Zelensky's motives are that this would have created chaos in the country and thus the Russians would have taken it over in a matter of days, while in martial law crisis management is easier.

The interview with him was published as part of a major investigation by the publication into the events of the months leading up to the outbreak of war. It states that as early as October 2021, the White House was fully convinced that a Russian invasion was imminent.

Early in the hour-long interview in the barricaded presidency in Kyiv, he was asked whether Hostomel airport outside Kyiv should have been reinforced with troops before it was attacked on the morning of February 24 by Russian commandos, after William Burns, the director of the CIA, had in January warned about such an operation from the Russians.

Zelensky replies that in Kyiv they knew about a similar scenario, including the capture of the civilian international airport, at least half a year in advance, and reminds that last year there were Russian-Belarusian exercises to control or bomb infrastructure. According to him, there is nothing unique about the planning and that the Russians used maps and directions like those of the Nazis during World War II. “I won't talk about everything Burns and I talked about, but his main signals were about threats to my life, and those weren't the first signals, they came from everywhere, including from our intelligence”, he explains. He was told to get his family out of the country, to which he allegedly replied: "How do you imagine I would do something like that and expect people to just stay here?"

"You can’t just tell me, 'Look, you've got to start preparing people now and tell them they've got to save money, they've got to stock up on food.' If we had announced that - then I would have lost $7 billion a month since last October, and the moment the Russians attacked, they would have run us over in three days. I'm not saying whose idea it was, but overall our gut feeling was right: if we wreak havoc among the people before the invasion, the Russians will tear us apart. Because in times of chaos, people flee the country."

Zelensky points out that this is exactly how millions of Ukrainians fled west at the beginning of the invasion and "we were as strong as we could be." But most stayed here, fought for their homes, he adds, and these are the people who stopped the invasion.

"If this had happened in October, during the heating season, nothing would have been left. Our government would not have existed, that's 100 percent certain. Forget about us - there would have been a political war inside the country because we could not stand losing 5 to 7 billion dollars a month. We didn't have serious financial programs. There was a shortage of energy resources created by the Russians. We didn't have enough energy reserves. We wouldn't be able to get out of this situation and there would be chaos in the country."

The president explains that part of his reasons for not informing his countrymen of the inevitable was to better manage the crisis, to have "controlled chaos".

"During military operations, you manage the country differently. You can open the border, close the border, attack, retreat, defend. You can take control of your infrastructure. And it's a different situation if you don't have martial law or a state of emergency, and you have a country that is run by a huge number of different officials and institutions. And minus 7 billion dollars a month, and without weapons, it is already a really big war for our country." 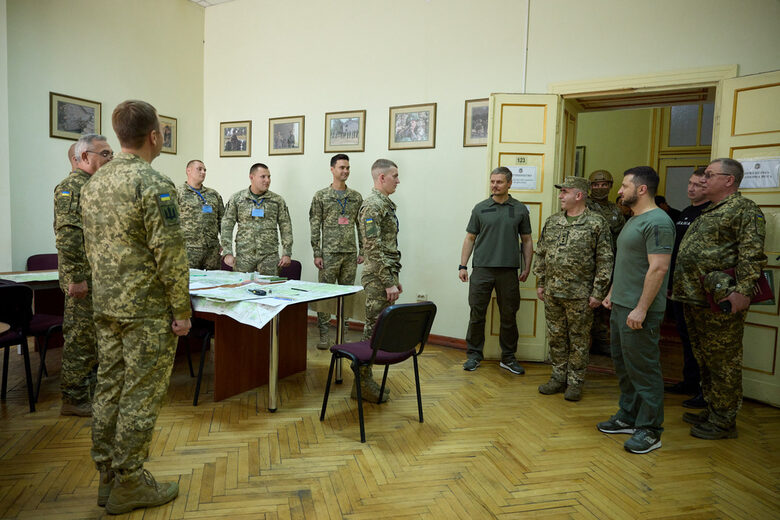 In the interview, he describes that he is currently in a position to balance his decisions because he is in a paradoxical situation. “On the one hand, I need money so as not to lose my country, and on the other hand, I cannot spend all the money, including the billions in aid from abroad, on armaments and salaries of the military”, adds Zelensky. There are millions of other Ukrainians who also need to receive income to survive.

Zelensky was also asked if he personally believed that a full-scale war was imminent. "How can one believe such a thing, - that they are going to torture people and that this is their goal? No one believed that such a thing was coming. And no one knew. Now everyone says we were warned, but these were common phrases."

"When we said, give us the details - where they're coming from, how many people and so on - they all had as much information as we did. And when I said, 'Okay, if they're coming from here and there's going to be heavy fighting, can we get weapons to stop them?" We didn't understand it - why do I need all these warnings? Why do I have to drive our society crazy?"

He gives the example that already in January, Ukrainians began withdrawing deposits from their banks for billions of dollars and transferring them abroad, without the central bank imposing any restrictions. "So, with all due respect, Ukrainians have spent much more money in Europe compared to the amount that Ukrainians received there as aid," added the president.

And reminds that on the eve a hybrid war was waged by Russia against Ukraine "so that we cease to be a country", through:

"Let people debate in the future whether we were right. But I definitely knew - we discussed it every day in the National Security Council, the Defense Council, etc. - and I had a gut feeling that the Russians wanted to prepare us to hand over our country to them. And that's scary." 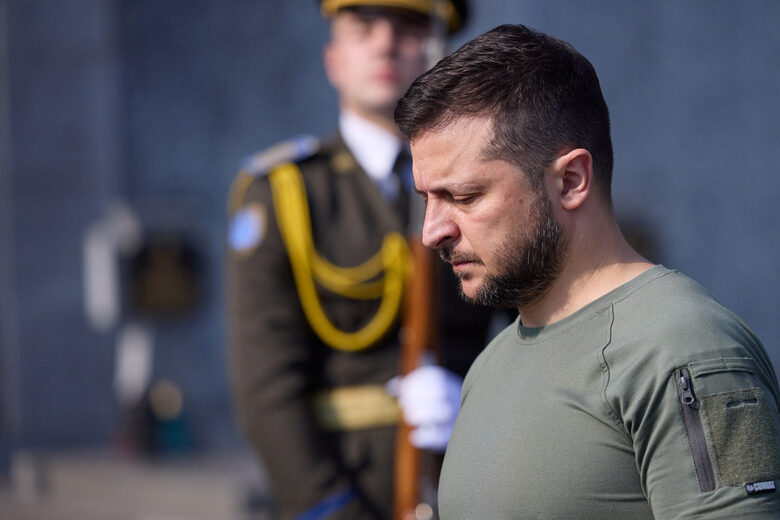 Two days later, the Washington Post reported a wave of criticism against the president unprecedented since the beginning of the war, that if he had warned his people, many people would have organized their lives differently and thousands would have been saved. Criticisms are mainly on social networks, but they are from politicians and ordinary Ukrainians, as well as popular personalities and scientists. Some even accuse him of being partially responsible for the atrocities that followed.

Some understand his words in the interview as prioritizing the state of the economy over the survival of the people. Others believe that he questioned the intelligence of Ukrainians and that many of them would accept $7 billion a month in losses as the price for saving so many lives of women, children and the elderly lost in areas suddenly under Russian occupation.

"He didn't want to prepare the country for war because he was afraid that he would lose power," writes journalist Bogdan Butkevych on Facebook. “To be honest, my hair stood on end when I read what he said about the evacuation... How is it possible for a person on whose conscience lies Mariupol, Bucha and Kherson, to say that an evacuation would have created chaos in the country?"

There are those who defend the president and point out that Ukrainians have had access to media reports for months about American warnings that war is imminent and could begin at any moment.

"Anyone who didn't pack a backpack after the reports of what American intelligence said has no right to claim that they weren't warned," says Valerii Pekar.

"We all knew and understood that war was coming. We just didn't want to believe it, because it was too terrible to be true," writes Olena Gnes, founder of the "What is Ukraine" project. “No statement by Zelensky would have changed anything significantly.”

But Ukrainians also ask quite reasonable questions, such as why blood banks were not prepared or why defensive fences were not erected along the northern border to stop an assault on Kyiv. Others say they have questions but will wait to ask them until after the war is over.