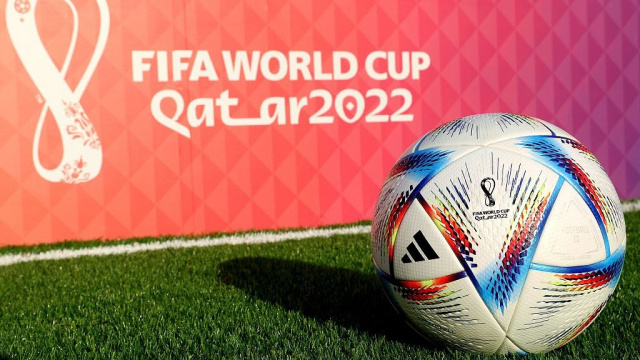 If there’s a football event that not only millions but billions of people would watch, it’s the FIFA World Cup, and this year, it’s finally back with its 22nd edition. For the first time, the FIFA World Cup will be hosted in the Arab world too by Qatar.

There will be 32 teams from five confederations that will be part of the competition and a total of 64 matches will be played. That’s a lot of games for cricket fans and punters to look forward to. Broadcasting rights are different per country which will get into in a bit.

Meanwhile, for cricket enthusiasts who are also into betting, there are plenty of online betting sites that they can check like Betway, Bet365, and 10CRIC. Checking the 10CRIC best FIFA World Cup betting odds as early as now is a good start to get a glimpse of what the tournament will be like.

Now, as people prepare for the upcoming FIFA World Cup, whether it’s about looking for a site to stream the live matches or a sportsbook to place bets, here are all the details you need to know about the tournament.

All teams participating are grouped into fours. Two teams from each group are already qualified to proceed to the knockout stage, so the rest will have to go through the group stage first. Here’s how all teams are grouped:

After the group stage is the knockout stage which will start on December 3, 2022. Then comes Round of 16, the quarter-finals, semi-finals, and the final. Before the final is also the third-place match which will be on December 17, 2022, at the Khalifa International Stadium.

During the group stage, four matches will be played each day in different timeslots even if they’ll be held in different venues.

Typically, FIFA World Cups are held in June and July. However, since this edition will be held in Qatar, adjustments had to be made to avoid the country’s intense summer heat. That’s why the tournament will be played in November and December instead.

Eight venues will be used for this World Cup which is located in five cities. The FIFA World Cup is such a big and historical event that the country prepared for. The venues will be equipped with cooling systems and it was also reported that they’d go for zero waste – most likely similar to what Japan did during the Olympics.

Here are all the venues where the matches will be held based on the team groupings:

The rights to broadcasting the FIFA World Cup this year depending on your location. In the United States, Fox and Telemundo will broadcast the matches. In Spain, you can watch them live with Mediapro and RTVE.

If you’re in India, Viacom18 has broadcast rights. In European countries, the EBU members have broadcasting rights. SBS has the rights for Australia and the official partner in New Zealand is Sky.

You can also watch the live stream of the matches on Peacock, Fubo, SlingTV, and Vidgo. You may also want to check with your local TV providers if they have any subscriptions you can get.

What’s a tournament without sponsors? The FIFA World Cup, as expected, is sponsored by some of the biggest brands worldwide.

Other sponsors in other locations include the QNB Group, Algorand, Frito-Lay, Nubank, and UPL.