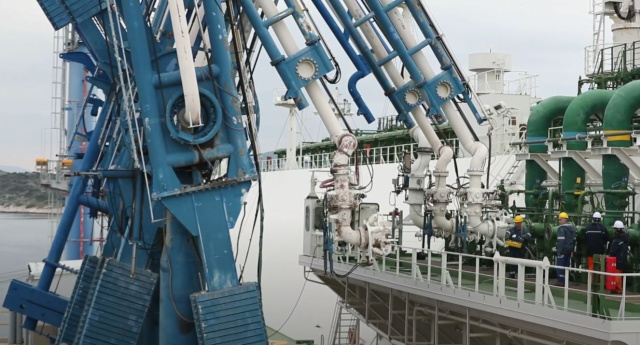 Bulgaria has received several offers for the supply of natural gas, which do not require the country to look for a slot for its unloading, as this is provided by the trader. There is also an offer for direct delivery. Thus, the caretaker government will have no commitment to look for a natural gas unloading terminal. This was learned from an interview of the chairman of the board of directors of "Bulgargaz" Ivan Topchiyski for bTV.

Securing a slot for unloading and converting the liquefied gas was cited as problems by the official authority, as the terminals close to Bulgaria are booked for months ahead. In an attempt to solve the problem, the state gas supplier "Bulgargaz" announced a tender for supplies of liquefied natural gas. All offers will be considered today, specified Topchiiski.

"The good news is that for the last quarter of the year there are gas quantities. The bad news is that the indices are moving up and this gas will be expensive. Some of the offers at the liquefied gas auction are without the need to look for an unloading slot. There are offers, where traders have provided terminals. There is also an offer for direct delivery of natural gas to the territory of Bulgaria," he explained.

According to him, there are no Russian companies among the participants in the auction. Mainly suppliers from the region took part, pointing out Bulgarian and Romanian traders as such. Topchiiski added that there are also offers with discounts from 5 to 30 euros, but a decision has yet to be made which one will be chosen. He also said that the American company's offer for 7 liquefied gas tankers, which was negotiated by the Kiril Petkov government, is still under consideration.