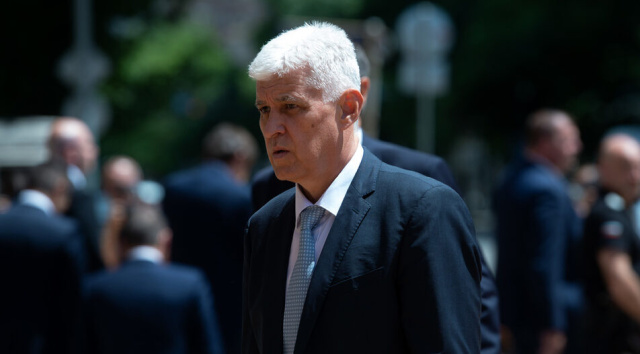 "There is a real danger that in the next 3-4 years we will not be able to carry out our combat duty alone". This was said by Dimitar Stoyanov, Caretaker Minister of Defense when presenting the team and priorities in the sector. He pointed to the war in Ukraine and the sanctions imposed on repairs of Russian equipment as the reason, as well as the delay in the F-16 contract.

"The remaining resources of the MIG-29 aircraft allow us to be on air policing duty until the middle of 2023," Stoyanov also said. He has initiated a conversation with the Polish side about the possible repair of 6 aircraft engines. "However, this is not a solution to the problem," the minister pointed out.

According to Stoyanov, the first new F-16 aircraft under the first tranche are expected to arrive in 2025, and they will be operationally ready at the end of 2026 at the earliest. "I do not wish to be the Minister of Defense who will remove this duty that has been worn since 1952 without a minute's interruption."

The minister in charge has requested information from embassies of various countries and whether we can be supplied with aircraft on lease with training of flight and technical staff. Once this information is collected, it will be presented to the next Parliament.

The funds paid in advance for the first 8 fighter jets are in a Trust Fund, but the minister's team found a delay in opening an account at the US Federal Bank, it became clear at the press conference. "The funds that were and are in the Trust Fund for the purchase of the F-16 aircraft have not been transferred to the account of the Federal Bank of the United States. According to the data of the Ministry of Finance, the interest losses are around 10 million dollars".

He called this "unacceptable". Previous governments have submitted proposals for the ratification of such a contract in the National Assembly, but no ratification has been reached, the minister explained. As a possible reason, he pointed to the frequent change of parliaments and lack of technological time to review the documents. He expressed the hope that all the documentation would be prepared anew, submitted to the next National Assembly and such an account would be opened. "There is no point in losing more funds," he said categorically.

Stoyanov defined the offer for the second tranche of the F-16 as the second most urgent project. The first is the acquisition of combat equipment for a battalion group. According to the minister, it something has to be done. "We can do it until the National Assembly is constituted," Stoyanov emphasized.

There will be no change in the composition of the ministry unless there are proven abuses, the Acting Minister of Defense also emphasized.