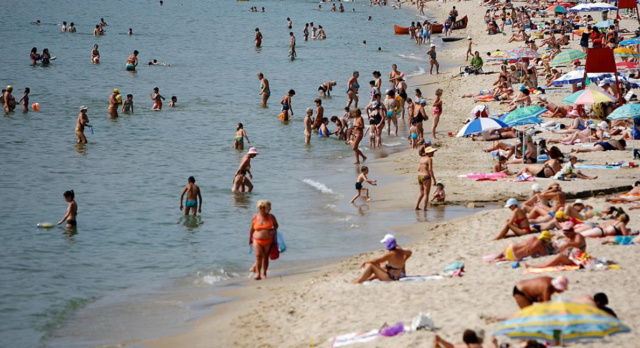 By the end of June, over 50,000 Russians have visited Bulgaria - these are mainly property and apartment owners. This is what the acting Minister of Tourism Ilin Dimitrov said on BNT. According to him, since transport to Bulgaria is difficult, they pay thousands of euros for tickets to pass through Istanbul, and “as you can see, the obstacles and expensive tickets do not stop them”.

"Sometimes people with properties here bring their friends. 50,000 people is not a small number, compared to 10,000 last year, and I think that this market is not lost," added Dimitrov.

According to him, we are currently in the strongest part of the season - where the prices are the highest.

"In reality, the picture may be different, since income does not mean profit, but from a number of markets we have a serious increase in the number of tourists visiting Bulgaria. From Romania they have doubled, from the United Kingdom they are 10 times more, there is an increase from the markets in Israel, Poland, Czech Republic, Germany. The net indicators are several times higher than last year, and the revenues we expect are 70% more compared to the same period in 2021," the minister also said.

Whether this is enough or not, there will be more accurate information towards the end of September, but the numbers are encouraging, emphasized Ilin Dimitrov. He specified that the Ministry of Tourism will do everything possible to extend the season as much as possible and will start an active campaign in nearby markets, as well as in the Bulgarian market so that people from the countries around us can enjoy a nice and warm September.

According to the minister, Bulgarians are also traveling more and more and the data show that there are over 3.5 million trips and most destinations are Greece and Turkey. There are almost no exotic destinations - less than 10,000 trips there.

"I have never looked at Greece and Turkey as competitors, but as partners - we can learn from them and work with them," added Ilin Dimitrov.

In connection with the landslide between the resort "Albena" and Balchik yesterday, in which two people were injured, Dimitrov said that contact was made with the tenant of the beach and he will go personally on Friday to see on the spot what the damage is.