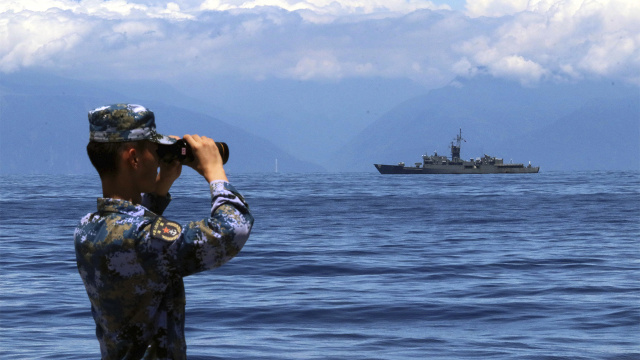 As China continue to hold military drills near Taiwan's coast after US House Speaker Nancy Pelosi's recent visit to Taipei, President Tsai Ing-wen has appealed for international support for the island nation and halt the escalation of the regional security situation.

In a tweet on Saturday, Taiwan President Tsai Ing-wen said that the country's government and military are closely monitoring the situation. "Our government and military are closely monitoring China's military exercises and information warfare operations, ready to respond as necessary. I call on the international community to support democratic Taiwan and halt any escalation of the regional security situation," Taiwan President Tsai Ing-wen tweeted.

Multiple Chinese planes and ships were detected around Taiwan Strait and some of them have crossed the median line, said the defence ministry on Saturday.

China has been increasing its military activities after Pelosi's visit to Taiwan on Tuesday.

Notably, a top official who led the missile development team of the self-governed island country was found dead in a hotel room, according to media report.

The 57-year-old deputy chief of the military-owned National Chung-Shan Institute of Science and Technology (NCSIST) was on a business trip to Pingtung in Southern Taiwan in of Pingtung, according to CNA, which said the cause of his death is being investigated.

Since her tour in the island nation, China has been conducting the largest-ever military exercises in the Taiwan Strait, including launching live missiles it claims as part of its sovereign territory.