Day 162 of the Invasion of Ukraine: Kyiv Violates Laws of War and Endangers the Lives of Civilians according to Amnesty International 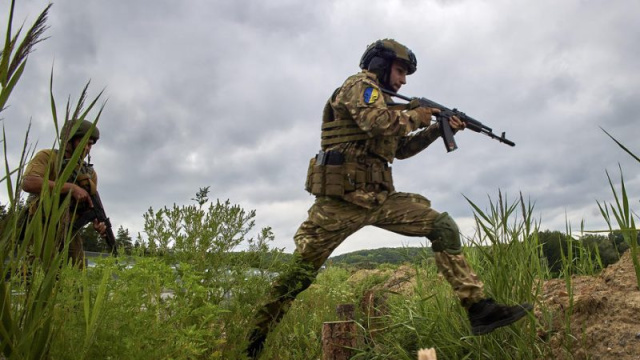 The operational command "South" officially confirmed that the command post of the 22nd Corps of the Coast Guard of the Black Sea Fleet of the Russian Federation was destroyed in Chernobayevka. A spokesman for the command announced that the enemy's position was struck by the forces of the missile-artillery units of the Ukrainian Armed Forces (UAF).

In the overview of OC "South" for the past 24 hours, it is reported about the continuing attacks against settlements in Ukraine from the territory of the occupied parts of Kherson and Mykolaiv regions along the entire line of fire with the use of helicopters and rocket systems for volley fire "Smerch".

On the line Sukhoi Prud - Belogorka, the Russians tried to conduct a reconnaissance offensive with the support of two tanks, but the attempt failed and the enemy withdrew, suffering losses in manpower.

Once again, the Russian army subjected the city of Mykolaiv to shelling on Wednesday. Two rocket hits from the Uragan MLRS were registered near the city without casualties or damage.

Three X-101 cruise missiles were shot down in the Bashtanka area by the forces of the Anti-Aircraft Missile Units of the Ukrainian Armed Forces.

At the same time, the Ukrainian aviation carried out three strikes on strongholds and one on an accumulation of weapons and equipment in the Berislav and Bashtanka area. During the rocket attack on the enemy positions in the area of ​​Chernobaevka, the liquidation of 20 Russian fighters, two T-72 tanks, an Msta-B howitzer, and 4 more transport and armored vehicles was confirmed. "Final losses of the enemy are being specified," said the report of OC "South".

Among the accidents of the day, an incident was also registered at the mouth of the Bystroye Danube river, in which a floating crane exploded in an unidentified device. With the forces of the crew, an organization was made to hold the water facility, the damage was not critical, there were no casualties. With the help of a port thruster, the crane is returned to its permanent base.

In his regular evening address to the nation, Ukrainian President Volodymyr Zelensky said that Russia is massing troops for a counterattack in southern Ukraine, where Ukrainian forces have recaptured territory captured by the enemy in recent days, Ukrainskaya Pravda reports.

Zelensky questioned Russia's real intentions to negotiate peace given the above circumstances.

Russia has deployed special equipment near key bridges damaged by Ukrainian artillery near Kherson in a bid to prevent further attacks on its key supply routes, a British intelligence briefing said today.

"Russian forces have almost certainly placed pyramidal radar reflectors in the water next to the recently damaged Antonovsky Bridge and the railway bridge, both of which cross the Dnieper near Kherson... This underscores that the Russian Federation feels threatened by the high-precision, long-range systems that the West provides to Ukraine," the summary said.

It also said that the armed forces of Ukraine continue to attack Russian command posts, logistics bases and ammunition depots, and this will likely affect the ability of Russian forces to deliver everything they need on time and complicate the work of their support units.

The arrival in Turkey of the first grain carrier that left the port of Odesa in accordance with the Istanbul Agreements is also mentioned.

"The success of this transit will almost certainly lead to more frequent ship movements in both directions. But overcoming the export backlog caused by the February 2022 blockade will remain a logistical challenge," the review said.

In it, British intelligence reports that a strike by Ukrainian forces against a Russian munitions convoy in the Kherson area is likely to have severely damaged the railway line connecting Kherson to Crimea.

"Amnesty": Ukraine violates the laws of war and endangers the lives of civilians

Ukraine violates the laws of war and endangers civilian lives by placing military equipment and weapons in schools and hospitals. This is stated in a report published on Thursday by the human rights organization "Amnesty International".

"We have documented that Ukraine's armed forces are putting civilians at risk and violating the laws of war while operating in crowded areas," said Amnesty International Secretary-General Ms Agnes Callamard. The report notes that human rights activists registered cases of army strikes from residential buildings and placing weapons on the territory of civil infrastructure sites in 19 cities and towns of Ukraine, including in Donbas, Kharkiv and Mykolaiv Oblasts.

At the same time, as stated in the report, the Ukrainian military command did not evacuate the population from the neighboring buildings in order to minimize losses from a possible retaliatory strike by the Russian armed forces. In particular, Amnesty International experts concluded that 22 out of 29 schools visited by them in the south-eastern regions of Ukraine housed either the personnel of the armed forces of Ukraine or Ukrainian military equipment and weapons. It is emphasized that, for example, in Odesa, the Ukrainian military placed armored vehicles directly in densely populated residential areas, and in Bakhmut they used the university building as a military base. "Being in a defensive position does not exempt the Ukrainian army from complying with international humanitarian law," said Agnes Callamard.