BSP Leader: Radev has a Male Complex towards the Woman who made him President of Bulgaria 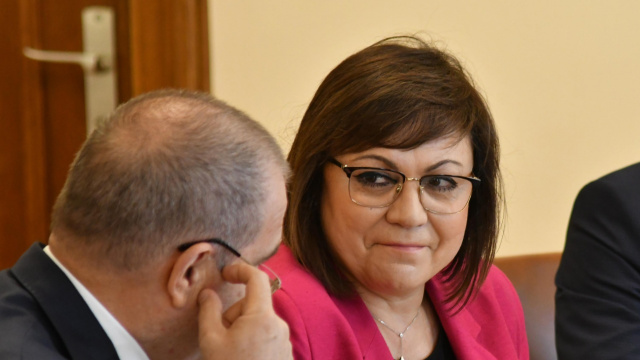 This was commented on bTV by the chairman of the Bulgarian Socialist Party (BSP), Kornelia Ninova.

"With the appointment of the former chairman of the board of ‘VMZ Sopot’, this is a demonstration and an attempt to punish or humiliate me personally - it will not happen. The attitude towards the BSP is indicative. From the first day, you have declared the gas crisis a priority and fired BSP people".

She criticized the head of state for criticizing him as soon as the last government came to power, and suggested that his actions were dictated by a "desire for power, breaking the parties and order in the state".

"He creates new parties and uses them. He created ‘We Continue the Change’, used them to overthrow Borissov and threw them away. Now he has united with Borissov and the DPS to bring down the government. This is destructive. The country needs calm, order and rules." stressed the chairperson of BSP.

The ruling bodies of the “Left” will decide on the future of the caretaker ministers who are members of the party.

Regarding energy, the chairman of the socialists indicated that the correct decision was to renew gas supplies from Gazprom and to start talks on a new long-term contract.