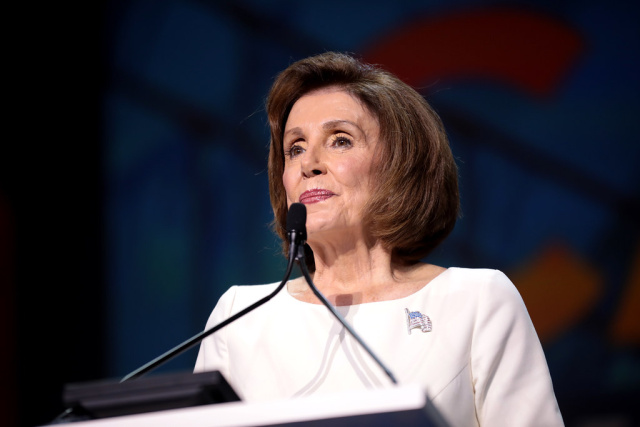 The speaker of the lower house of the US Congress, Nancy Pelosi, arrived today for a visit to Kuala Lumpur amid speculation and expectations for her visit to Taiwan as part of her Asian tour, reported AFP.

Pelosi's plane landed at a Malaysian air base ahead of meetings with the prime minister and the speaker of the lower house of parliament, after being in Singapore a day earlier.

Her tour also includes stops in South Korea and Japan, but attention is focused on a possible visit to Taiwan.

It's been made clear that Joe Biden's administration is opposed to a stop in Taiwan, but John Kirby, a spokesman for the National Security Council, said that “she can go wherever she wants.”

"The speaker has the right to visit Taiwan," he told reporters.

"There is no reason for Beijing to turn a potential visit which is in line with long-term American policies into some kind of crisis."

Kirby cited intelligence that China was preparing for military provocations that could include launching missiles into the Taiwan Strait or a large-scale violation of Taiwan's airspace.

He specified that Pelosi was traveling on a military plane, and while Washington was not afraid of a direct attack, it was more concerned about possibly making a mistake.

Taiwan has not officially confirmed Pelosi's visit, but according to local media, she will arrive on the island this evening.