Day 156 of the Invasion of Ukraine: Russia Strikes Kyiv and Kharkiv, while Ukraine tries to Retake the South 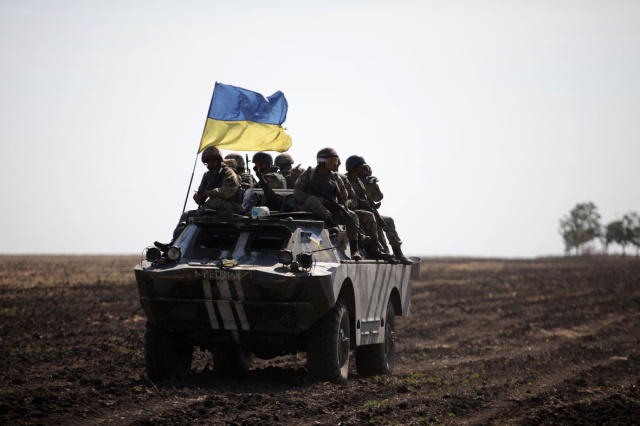 Five people died and 7 were injured in the attack in Mykolaiv, regional governor Vitaly Kim announced. Cluster munitions are said to have been used.

A two-story building and a university building were hit by shelling in Kharkiv. There is no information about casualties. The city is preparing for a new offensive from the Russian side, said regional governor Oleh Sinekhubov.

The attack in Sloviansk caused damage to tall buildings in the center of the city. One person was injured.

Meanwhile, pro-Russian separatists in eastern Ukraine said at least 40 Ukrainian prisoners of war captured in the fighting for Mariupol had died after a Ukrainian missile struck a prison in the town of Elenovka. Another 75 were injured.

The ambassadors of the G7 countries and Turkey in Ukraine have arrived in Odesa to emphasize the importance of the implementation of the agreement on the resumption of Ukrainian grain exports, Ukrinform reported, citing British Ambassador Melinda Simmons.

Ukrainian offensive in Kherson and attacks on Kyiv

Fifteen soldiers were injured in yesterday's attack on a Ukrainian base near Kyiv, buildings were destroyed in a rocket attack in the center of the second largest city of Kharkiv, five people were killed in the central city of Kropyvnytskyi, there were also victims in Bakhmut in Ukraine.

Strikes across Ukraine have marked the past 24 hours as Kyiv's forces prioritize an operation to retake the southern Kherson region.

Near Kherson, the first major city to be captured by Russia, a third attack in two weeks closed the main bridge used by the Russian army to supply and send reinforcements.

Meanwhile, Ukraine announced that Russia was redeploying forces from the east - where the Donbas was Moscow's first priority - to the south. Kherson Oblast provides a land corridor to the Crimean peninsula annexed in 2014.

Kyiv claims that Ukrainian jets have carried out attacks on five Russian targets around Kherson and that small villages north of the city have been captured. Ukraine aims to liberate the city by September as the pro-Russian administration prepares a referendum on joining Russia.

Russia as a state sponsor of terrorism

Ukrainian President Volodymyr Zelensky demanded a legal response at the international level for Russia's actions on the territory of his country.

"You can pick any day in Ukraine, for example, today or any day after February 24, to find that no one in the world invests in terrorism more than Russia. This needs a legal response at the global level."

Zelensky thanked the US Senate, which earlier unanimously approved a resolution calling on Secretary of State Antony Blinken to designate Russia as a state sponsor of terrorism.

Russian actions in Chechnya, Georgia, Syria and Ukraine are cited as the reason.