The Majority of Serbs are against NATO and the EU 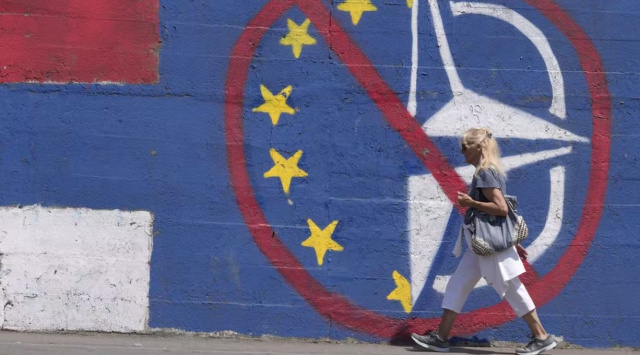 Over 70% of Serbian citizens who participated in a new survey are against sanctions against the Russian Federation. More than half of the survey participants (52%) are against the country's accession to the European Union, and 91% of those surveyed are categorically against NATO accession. These data from the survey of the independent organization "New Third Path" were published by the newspaper "Politika".

According to the survey, 72% of respondents are against the imposition of sanctions against Russia, and 59% believe that sanctions harm the West more than Russia. 41% of citizens believe that the reason for the Russian invasion of Ukraine is NATO's desire to expand to the East, and another 16% say that the reason is the "denazification and demilitarization" of Ukraine. 59% of citizens blame Western countries for the conflict.

Those surveyed were against joining the European Union (52%) and NATO (91%).

Among the world leaders, Chinese leader Xi Jinping, Russian President Vladimir Putin and Hungarian Prime Minister Viktor Orban have the highest rating - from the countries of Russia, China and Hungary. French President Emmanuel Macron is in the middle of the list, while US President Joe Biden and former British Prime Minister Boris Johnson, as well as their countries, receive the lowest ratings.

The survey was carried out with the support of the National Endowment for Democracy (NED) between June 13 and 19 and covered 1,285 participants.