Bulgaria is going to Elections in the Autumn: Tomorrow BSP returns the Mandate Unfulfilled 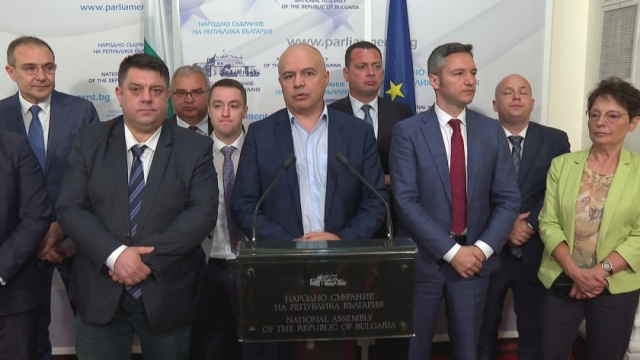 Tomorrow the BSP returns the third term to the president unfulfilled, said the chairman of the parliamentary group of the Bulgarian Socialist Party, Georgi Svilenski.

The reason - the decision of the deputies in the plenary hall to remove the first item from the agenda of the National Assembly, namely - the discussion of the management program of the cabinet, introduced by the socialists.

"Under the leadership of Desislava Atanasova and Yordan Tsonev, the parliamentary groups of ‘There Is Such a People’ (TISP), ‘The Movement for Rights and Freedoms’ (DPS) and ‘Vazrazhdane’ removed from the parliament's agenda precisely the legislative program proposed by the parliamentary group of BSP. It became clear that ‘Vazrazhdane’ is a crutch of GERB and TISP - of DPS. It became clear that from the first day when TISP expressed a desire for talks, everything was a hypocritical behavior and they never intended for Bulgaria to have a working government", commented Svilenski.

“In recent weeks, we have developed a program, including TISP’s proposals, reflecting how we wanted Bulgaria to develop. The danger that lies ahead for the country is the responsibility of those who did not support Bulgaria having a functioning parliament and government”, he added.

“The responsibility for throwing the country into chaos without a chairman of Energy and Water Regulatory Commission (EWRC), without accepted prices for heat and electricity, without licensing of operators, today rests in the hands of those who sabotaged Bulgaria having a government - GERB, DPS, TISP and ‘Vazrazhdane’”, said Georgi Svilenski.

"No one should have any doubts about the dependencies between these four parties. It is best to look at the votes - there you can clearly see who voted with when, when and how. GERB - with ‘Vazrazhdane’, TISP - with DPS", said the socialist.

“The question of the date of the elections should be addressed to the president”, Svilenski was categorical.