Bulgarian Politics: Slavi Trifonov to Rashkov “I am a Mobster - Arrest me” 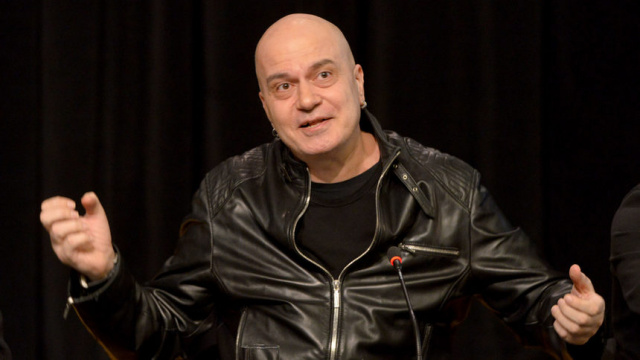 TV personality Slavi Trifonov and leader of the political party “There Is Such a People” (TISP), which failed four times to form a government in Bulgaria, published an ironic comment on Facebook regarding the mass accusations in recent days that he does not act on his own will, but always serves GERB and DPS, when ordered.

In his status, the showman himself makes the "confession" that he is a mobster and calls on the resigned interior minister Boyko Rashkov to arrest him for at least 24 hours.

Here is what Trifonov wrote on the social network:

“I want to confess, to be honest, and brutally frank - I am a mobster. That's the truth. I have participated before your eyes in several mafia organizations – ‘Ku-ku’, ‘Kanaleto’, ‘Hushove’, ‘Slavi's Show’. You are witnesses of the dirty money that I took in a dirty way from BNT, from TV7, from bTV, and now I am taking from myself. This last one is the height of corruption - I am a mobster who pays for himself because he extorts himself and racketeers himself. I'm making this confession because I've come to realize that I can't hide.

That is why I am addressing the resigned Minister of the Interior, Boyko Rashkov.

Mr. Resigned Minister, all Bulgarian citizens, Google, Wikipedia have evidence that I am a mobster, but especially the resigned Prime Minister Kiril Petkov and the spokesperson of the cabinet Lena Borislavova.

Please question the persons I named to gather evidence and then come and arrest me according to the law.

Mr. Resigned Minister, you will have my confessions, the information from the interrogations you will conduct, and the most logical consequence of all this is that I will be arrested, convicted and imprisoned for the rest of my miserable life.

Because Mr. Rashkov, you should agree that even without being the head of the Anti-Corruption Commission, as the Minister of Internal Affairs you have enough power to reveal, arrest and destroy me.

Mr. Rashkov, I am not joking, I am serious as an obituary.

There can't be constant claims that I'm a mobster and you do nothing. This is starting to get suspicious, they will accuse me of having connections with ‘We Continue the Change’. So arrest me for at least 24 hours.”