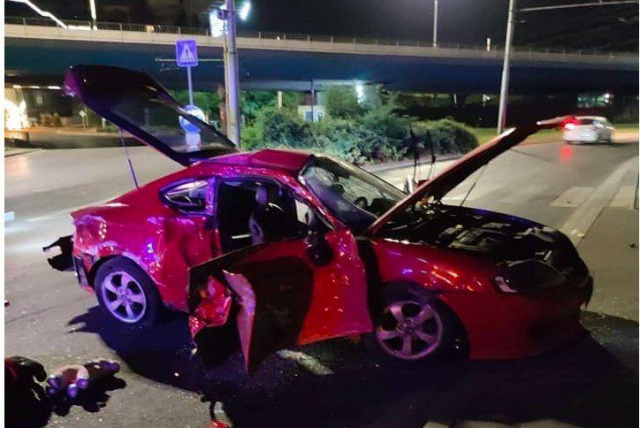 Several people were injured in a serious accident last night in Sofia. The incident took place near the “Armeets” Arena.

A girl who was in the car was injured in the accident. She is in hospital with a life-threatening condition. A total of six people were in the car, two of them foreigners.

The driver lost control of the car and crashed into a pole on the roundabout at the fourth kilometer of "Tsarigradsko shose". Emergency services and the police were dispatched to the scene.

He is 19 years old. The samples showed the presence of amphetamines and cocaine in his blood. The alcohol test was also positive.

In another incident last night, a motorcyclist, also on drugs, crashed into a car.