Bulgarian Politics: How Long will BSP hold the Mandate to form a Government 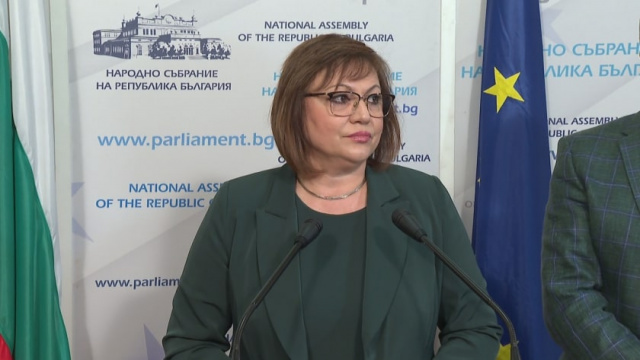 The Bulgarian Socialist Party (BSP) is likely to retain the third mandate until August 15, until the election of a new chairman of the Energy and Water Regulatory Commission (EWRC). This became clear from the words of BSP leader Kornelia Ninova after a meeting with the leaderships of “We Continue the Change” (WCC), “Democratic Bulgaria” (DB) and “There Is Such a People” (TISP).

The leaders of the parties will talk to their MPs to make a decision to cancel their vacation (August 1-15), until the election of the chairman of the energy regulator, which should happen by August 12.

To a journalist's question whether this means that the BSP will retain the third mandate until August 15, Kornelia Ninova answered:

"That probably means yes. That's why I asked the deputies to say - what do you need from us to do in order for you to do work for the state and for the people. They had prepared themselves, for which I thank them - with a schedule, by dates, with extraordinary committee and hall meetings"

The negotiations for a cabinet continue as planned, she also announced.

The leaders of the four negotiating parties – WCC, BSP, DB and TISP gathered for at an emergency meeting called by Kornelia Ninova.

Earlier today, Kornelia Ninova requested clarity from WCC, DB and TISP about how long it is necessary to hold the third term and what laws can be passed during that time. The reason for her demands is the "new situation" surrounding the decision of the Constitutional Court to declare the election of Stanislav Todorov as head of EWRC as unconstitutional.