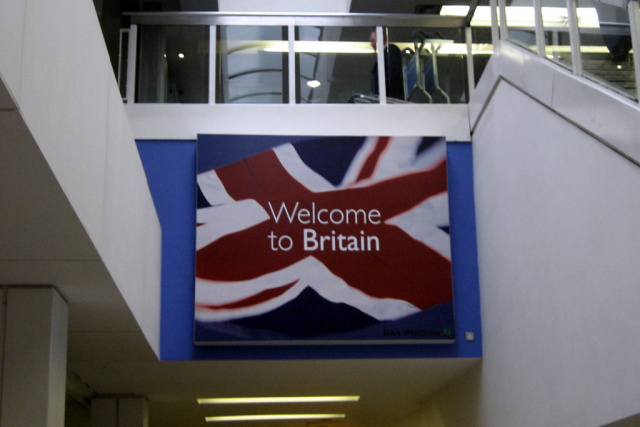 What does this mean? It will allow some travelers to enter the country without using electronic passport control or talking to a border guard. Instead, they may need to send their photograph to the Home Office before traveling.

The aim of the scheme is to reduce queues at the border "by speeding up legal travel to the UK".

Travelers will go through "pre-screening" which will allow them to be "identified at the border using the latest technology", the government said.

"As Home Secretary, I have focused on taking back control of our immigration system through the new immigration plan," said Priti Patel.

"This includes being able to ensure that we have a border that is fit for the 21st century and that allows travelers to obtain a visa and cross the border easily while maintaining national security."

Facial recognition technology could be used to make these "contactless corridors" possible, reports the British newspaper "The Times". It will require international travelers to provide biographical and biometric data, such as photographs of their faces, before they take off, through the new Electronic Travel Authorization (ETA) scheme.

What is the new UK electronic travel authorization scheme?

As part of a plan to transform Britain's border force, the Home Office intends to introduce a "travel authorization" scheme from 2023. Anyone wishing to visit the UK will need permission before traveling.

British and Irish passport holders will not need to do anything, but everyone else will need to apply for a visa or an "electronic travel authorization".

All visitors who do not currently need a visa to enter the UK, including those from the EU, will need to apply for an ETA, which can cost around GBP 18 (EUR 21). A document detailing the Home Office's plan says they will have to provide biographical and biometric data, contact details and answer a short set of "suitability questions".

This is not a visa but will allow the person to board a flight and travel to the UK. It will be similar to the US Electronic System for Travel Authorization (ESTA), which was introduced after the terrorist attacks of 9/11.

The scheme is due to be trialed from March 2023 with visitors from Kuwait, Qatar, UAE, Saudi Arabia, Oman and Bahrain. It could be rolled out to the rest of the world before the end of next year.