Day 148 of the Invasion of Ukraine: There is No Evidence that Putin's Health has Deteriorated according to the CIA 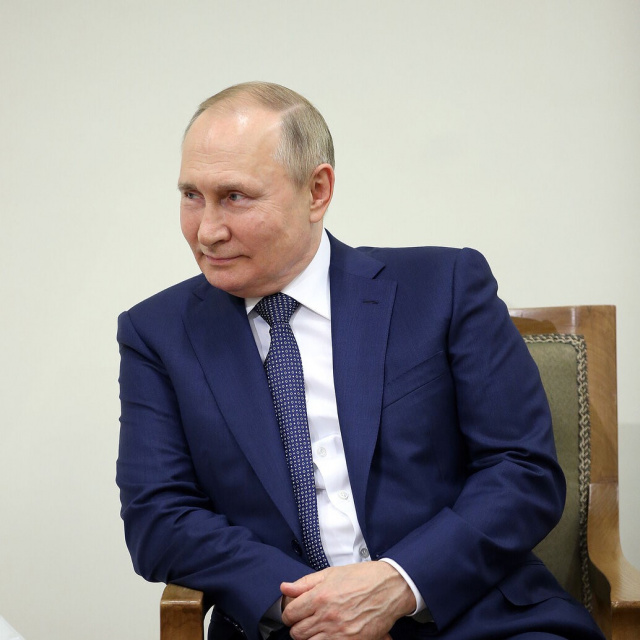 Borrell: The EU will grant another 500 million euros in military aid to Kyiv

The High Representative of the European Union for Foreign Affairs and Security Policy, Josep Borrell, revealed after a meeting of the Ministerial Contact Group on Defense that the single bloc will allocate another 500 million euros in military aid to Ukraine.

"EU member states have agreed to mobilize a fifth tranche of military aid of €500 million to further support Ukraine's armed forces. The EU remains focused and unwavering in its support for Ukraine, together with its partners," Borrell wrote on his Twitter page.

On Wednesday, the European Union will introduce the seventh package of sanctions against Russia, which will target Russian gold, freeze the assets of Sberbank and tighten export controls.

Meanwhile, Ukrainian President Volodymyr Zelensky said in a video address late last night that the European Union's latest sanctions against Moscow "are not enough," stressing that Russia must “feel a much higher price for the war it is waging to be forced to seek peace”.

CIA Director William Burns said at a security forum held in the American resort of Aspen that there is no intelligence that Russian President Vladimir Putin is in unstable or poor health.

Since the start of the war, there has been much unconfirmed media speculation that the nearly 70-year-old Putin is suffering from a serious illness, possibly cancer.

Burns, who was the US ambassador to Moscow, stressed in his speech to the forum that he has been watching Putin for more than 20 years. According to Burns, the Russian president is convinced of his mission to restore Russia as a great power:

"He thinks the key to that is regaining a sphere of influence among Russia's neighbors, and he can't achieve that without controlling Ukraine."

"There are many rumors about President Putin's health, and as far as we can tell, he is perfectly healthy. His views have hardened, as far as my experience goes, over the years, but he has his own way of looking at reality. And as we saw in the early stages of this war, it was based on some deeply flawed assumptions and some real illusions, particularly about Ukraine and the will to resist in Ukraine, which he helped create through aggression over the years since at least 2014," he added.

On the fronts in Ukraine: the Russians with an offensive near Bakhmut, the Ukrainian Armed Forces hit the Antonovsky Bridge in Kherson for the second time

The main fighting in the past 24 hours in Ukraine was in the Kramatorsk and Bakhmut directions, according to the data of the General Staff of the Ukrainian Armed Forces as of 6:00 a.m. on Thursday. Both Kyiv and foreign analysts are of the opinion that nothing new is happening on the front line.

According to the Ukrainian side, in the region of Bakhmut, the Russians are conducting combat operations with the idea of ​​creating conditions for an advance on the city and the conquest of the territory of the Vaglegorsk TPP. Fighting continues near Novolugansk. To reveal the firing positions of the Defense Forces of Ukraine in certain directions, the enemy uses sabotage and reconnaissance groups. In the other directions, no signals were noticed that the enemy is trying to create offensive groups.

According to analysts at the Washington-based Institute for the Study of War, the current Russian offensive may provide limited additional territorial gains for the Russians in the Donbas northeast of the E40 highway, but will likely end before they can capture large populated areas such as Slavyansk or Bakhmut. ISW reports a second air force strike against the Antonovsky Bridge in Kherson on Wednesday, a day after the first attack on Tuesday.

The Russian occupiers have destroyed two schools in Kramatorsk and in Konstantinovka, announced the head of the regional administration loyal to Kyiv, Pavel Kirilenko. The industrial area of ​​Kramatorsk was also shelled, including the Starokramatorsk Machine-Building Plant and the Novokramatorsk Machine-Building Plant. In Bakhmut and Toretsk, the Russians shelled residential areas. Ivanovka in Cherkasy municipality was attacked with cluster munitions.

Soldiers from the 231st battalion of the Territorial Defense, using a drone with a thermal imaging camera, destroyed a forward-looking observation post of the Russian army in the Donetsk region.