Serbia is Moving towards Energy Independence from Russia, plans Gas from Azerbaijan in 2023 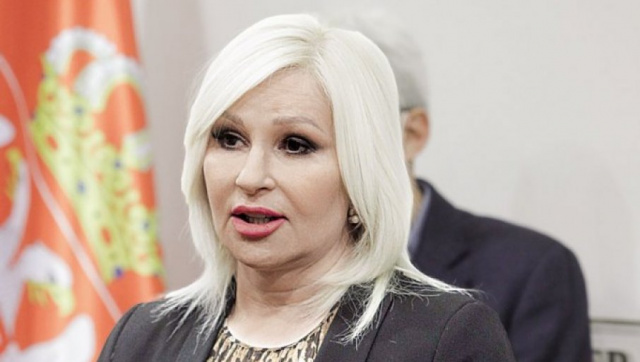 Serbia, which is 100 percent dependent on the Russian Federation for gas supplies, will get the necessary quantities for this winter from Russia, but for 2023 plans to buy gas from Azerbaijan. Zorana Mihajlovic, the Deputy Prime Minister and Minister of Energy and Mining of Serbia announced this in an interview with the state-run Serbian TV RTRS. For the diversification of supplies, Belgrade will rely on the gas transmission network of Bulgaria and the interconnector connections that are being built in our country.

Zorana Mihajlovic reiterated the intentions of the Serbian authorities to seek energy independence from Russia and at an energy conference in Sarajevo. "We are currently negotiating with Azerbaijan to reserve capacity for next year, as the Serbia-Bulgaria interconnector will be completed next September," the minister said.

"Our plan is to have different gas suppliers, to be able to buy gas from Azerbaijan or from the LNG terminal in Greece because diversification is the only way of security in the gas sector and we must not allow ourselves to be dependent on only one supplier." - added Mihajlovic. The interconnection between Bulgaria and Greece was completed last week and it is expected to ensure the transport of Azeri gas to Bulgaria, and from there to Europe.

We gave the gas sector to Russia

Zorana Mihajlovic passes for a supporter of Serbia's energy independence and on June 1 this year, in a comment for the BBC about the new contract with Russia for gas supplies, she said that Serbia's problems stem from the fact that for decades the country has decided to use only Russian gas and nothing else. To the question "Why?" Mihajlovic answers with the words:

"Probably because the interests of the Russian lobbies were stronger than everyone else's. We practically handed over our gas and oil industry to the Russian Federation already in 2008 - I think that was wrong, and this crisis only shows how much."

Against the background of the gas crisis in Europe, Moscow and Belgrade loudly celebrated the agreed supply of Russian gas to Serbia. Zorana Mihajlovic commented on this contract but stated that it is not a long-term solution.

"We need to ensure sufficient amounts of energy and energy sources at sustainable prices, because otherwise energy will be threatened, and therefore national security, and this is what the whole world is dealing with today. As for the gas sector, with the new contract with Gazprom, we secured two billion cubic meters of gas at sustainable prices. We have additionally leased capacities in warehouses in Hungary and these are short-term measures," Mihajlovic said.

The Deputy Prime Minister of Serbia added that the quantity does not cover the annual needs of Serbia, even more so if Bulgaria, through which the transit pipe passes, decides to divert from the gas. Mihajlovic, however, boasted of a good price negotiated with the Kremlin. "While the price of gas at the moment for 1,000 cubic meters is over 1,000 euros, we agreed on gas at a price of 260 euros," Zorana Mihajlovic announced.

The supply of gas to the Republika Srpska and Bosnia and Herzegovina will continue this year as well, because the entire region must be in solidarity, according to the deputy prime minister in the Serbian cabinet.