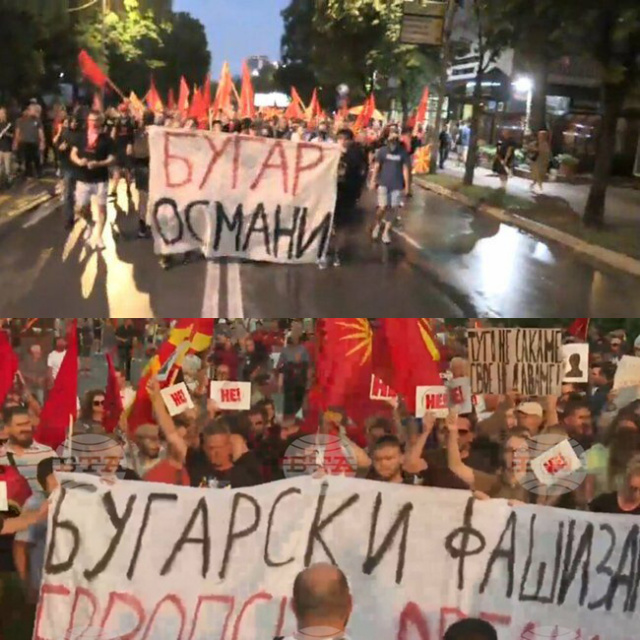 For days, massive protests have been taking place in our western neighbor because of the so-called “French proposal”, which includes the conditions under which the RNM will be able to start negotiations for membership in the European Union. One of them is the inclusion of Bulgarians in the Constitution - something that, according to President Stevo Pendarovski, is unlikely to happen. The protests are peppered with anti-Bulgarian rhetoric, which is why the note "expresses deep concern about what is happening, which is also in response to the spread anti-European narrative against the establishment of good neighborly relations between the two countries". The protest on July 10, for example, was held under the motto "Against the Bulgarianization of Macedonia".

The proposal of France, which presides over the Council of the EU until the end of June, was approved by the Bulgarian National Assembly and the government.

“It is particularly worrisome” - they write from the Foreign Ministry – “that malicious acts in the public space are escalating at a time when Sofia and Skopje are actively looking for a way to a constructive dialogue and finding lasting mutually acceptable solutions in the interest of the European integration of the Republic of North Macedonia and the region.”

"We believe that such events will become a part of the past, and our two countries will be able to open a new page in their relations, based on mutual respect and sincere friendship," concluded the statement.