Bulgarian President Radev: If it comes to Elections, they should be in October 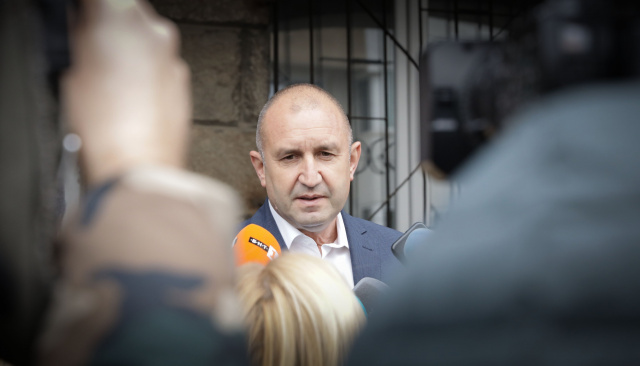 Rumen Radev will hand over the second mandate to GERB-SDS within days. If the choice of the parties is again early elections, the head of state considers it important to hold them at the beginning of October so that a new parliament has legitimacy.

"This means that in the remaining days until the end of July, the parliament will be burdened with high expectations both to form a governing majority and to pass important laws. And the government with anti-crisis actions and development of the laws related to the Recovery Plan", he clarified.

According to him, it is obvious that the political crisis in the country is worsening. "Any political party with an ambition for public support must clearly state what outcome it offers. The quick and fruitless exhaustion of the procedure for forming a government before the end of July ends the activity of the government and the parliament", explained Radev.

"According to the Constitution, I must immediately announce elections within two months. That means elections in September, which also carries risks. But, on the other hand, excessively prolonging the procedure for forming a government leads to temptation for gambling management decisions and personnel changes", added Radev.

The head of state noted that the parties are drawing ever thicker red lines between themselves. Therefore, according to him, forming the government after potential early elections is becoming more and more difficult.

"I am about to hand over a mandate to the second-largest parliamentary group. If they also return it, I will invite all parties represented in the parliament to consultations to hear what formula they offer for a way out of the crisis, what their attitudes are towards coalitions and what priorities and programs they have," he added. Based on that, he will decide who to hand the third folder to.