Day 137 of the Invasion of Ukraine: US Aid exceeds the Cost of the first 5 years of the Afghan War 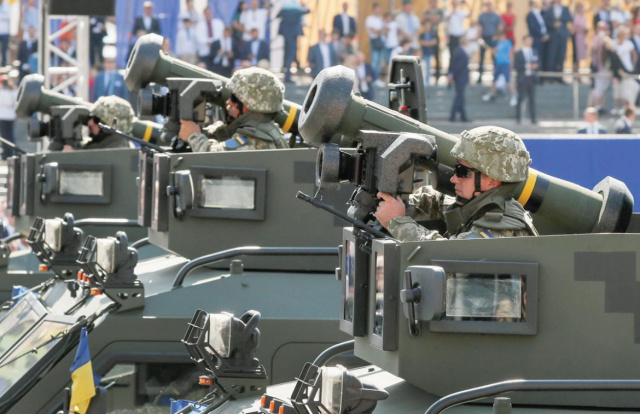 Rocket fire and explosions in Donetsk and Luhansk regions

Heavy night in Ukraine - local authorities report rocket fire and explosions in Donetsk and Luhansk regions. However, in the past 24 hours, Russian forces have not advanced significantly.

Massive rocket fire was also reported in the southern parts of Ukraine. Battles are taking place in the area of ​​Mykolaiv - a strategic city on the way to Odessa.

The Deputy Prime Minister of Ukraine - Irina Vereshchuk, invited the citizens to leave Kherson and Zaporizhzhia, occupied by Russia.

According to analysts, this means that Kyiv is preparing counterattacks in the area. The Russian side reported several neighborhoods in Donetsk attacked by Ukrainian forces.

In his midnight address, President Volodymyr Zelensky said his country would deal with the Russians only with the help of modern weapons.

"The brutal attacks of the Russian artillery in Donbas do not stop for a day - Sloviansk, Bakhmut, Avdeyevka. You can stop such terrorist acts only with modern, precise and powerful weapons. And I want to thank the United States for the decision to provide Ukraine with a new package of military aid worth 400 million dollars," said the President of Ukraine, Volodymyr Zelensky.

The Biden administration and lawmakers on both sides of the House have vowed to oppose Russia's war in Ukraine and the threat it poses to European security, and the funds allocated to Kyiv so far already exceed the US's first five years of spending in Afghanistan.

On Friday, the Biden administration announced another 0 million military spending package for Ukraine, which is trying to fend off a Russian offensive.

The latest package was reportedly drawn up in coordination with Ukrainian officials on what they specifically needed on the front lines, and comes just days after Russian President Vladimir Putin declared victory over the eastern Luhansk region.

Heavy artillery, such as howitzers and highly mobile artillery rocket systems (HIMARS), are among the main items Ukraine needs to attack Russian command and control posts located behind the front lines.

The Pentagon confirmed on Friday that the US had provided billion in security aid since Russia's invasion in February, but Washington has pledged to spend much more.

Earlier this year, Congress announced it would spend billion in traditional foreign and military aid to help quell Putin's offensive.

The funds will largely be distributed through traditional channels to assist Ukraine, but will also provide support for NATO countries and US troops stationed in Europe.

The bulk of the package will be distributed in the near future, possibly by the end of the year, Fox News reports.

According to a report by the Center for Strategic and International Studies, the latest billion package, passed in May, includes measures that could take years to implement, such as the purchase of an additional “Patriot” missile battery that could potentially be built in an allied country like Poland.

It is not yet clear how much the US will spend in 2022 to counter Putin's aggression, but according to information provided by ForeignAssistance.gov, the US has already spent more on security assistance in Ukraine than it did in its first five years in Afghanistan

Biden and other Western leaders pledged to continue supporting Ukraine "as long as necessary."