Leader of Macedonian Opposition: We will Not Change the Constitution for 750 Families who speak Bulgarian 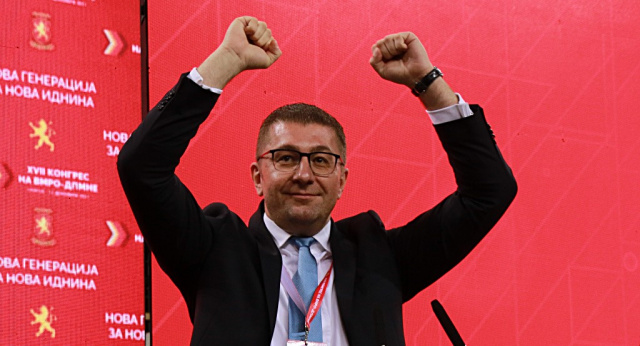 Leader of the VMRO-DPMNE Hristijan Mickoski

“The latest proposal to lift the Bulgarian veto is nothing but a classic assimilation of the Macedonian people and Macedonian identity”. This was said by the leader of the VMRO-DPMNE in the RNM, Hristijan Mickoski, in an interview with Serbian television. Mickoski gave the interview in pure literary Serbian, reported BGNES.

"This latest proposal, which is on the table at the moment, does not mean the beginning of negotiations but was created in Brussels. We will not change our Constitution for 750 families who speak the Bulgarian language," Mickoski added.

We remind you that the proposal is the basis of all the anti-Bulgarian protests in recent days, which also led to numerous clashes with the police. More than 50 policemen were also injured.

"The French proposal contains all the Bulgarian demands. We cannot accept this proposal either as a people or as a party. And Prime Minister Zoran Zaev signs everything just to survive for a few more months where he is," Mickoski added.

And he called on the Macedonian government to withdraw, because "the problem of the RNM with Bulgaria is a problem for the whole EU".