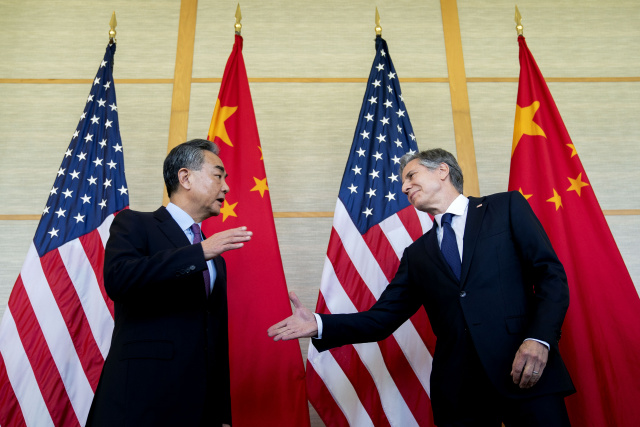 US Secretary of State Antony Blinken and Chinese Foreign Minister Wang Yi met today in Indonesia in an attempt to calm tensions between the two world powers, AFP reported.

"In a relationship as complex and important as that between the United States and China, there is much to discuss. We look forward to a productive and constructive conversation," Blinken said before the closed-door meeting at a hotel on the island of Bali.

"China and the United States are two big countries, therefore it is necessary for (them) to maintain normal relations," Wang replied. He called for joint work "to ensure that these relations continue to progress on the right track".

This is the first meeting between the heads of US and Chinese diplomacy since October, AFP noted. It took place on the sidelines of the meeting of the foreign ministers of the G-20 countries on the Indonesian island.

At a time when the West is trying to isolate Russia after its invasion of Ukraine and the global economy faces increasing uncertainty, the United States and China - the two biggest political and economic powers on the planet - are taking precautions to prevent their disagreements on numerous issues from causing conflict to spiral out of control.

The meeting between the US secretary of state and the Chinese foreign minister is expected to serve as preparation for a video conference call between Presidents Joe Biden and Xi Jinping in the coming weeks, AFP noted.