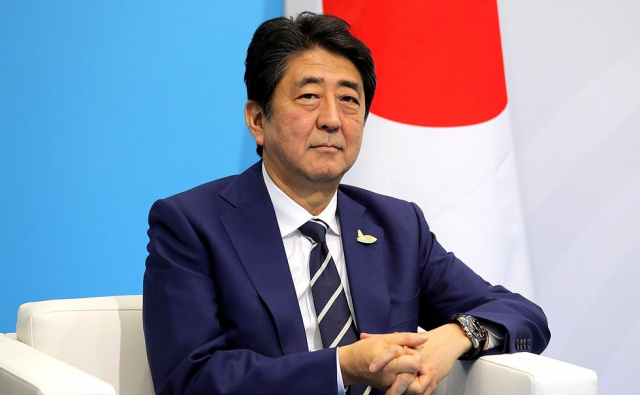 Former Japanese Prime Minister Shinzo Abe who collapsed after apparently being shot in the chest while delivering a speech in Nara City on Friday has been rushed to hospital where he is reported to be in "cardiopulmonary arrest."

Local fire department said that the Japanese ex-PM has been rushed to hospital and is in cardiopulmonary arrest. He is scheduled to be transferred by medevac to Nara Medical University Hospital in Kashihara City in the prefecture. Police said that Abe appears to have been shot from behind with a shotgun, Kyodo news agency said. Local media reported that police has detained the assailant and retrieved a gun from the scene.

Abe was conscious and responsive while being transported to the hospital after the possible shooting, Japan's public broadcaster NHK, said citing police sources.

Abe was campaigning on a street for Liberal Democratic Party candidate at the House of Councillors election, scheduled this Sunday when he collapsed at around 11: 30 am after people on the scene heard what sounded like a gun going off twice, local media reported.

Abe, Japan's longest-serving prime minister had stepped down in 2020 citing health reasons. He was prime minister of Japan twice, from 2006-07 and again from 2012-20. He was succeeded by Yoshihide Suga and later by Fumio Kishida.

Shinzo Abe shares a deep bond of friendship with Indian Prime Minister Narendra Modi which was quite evident in the meeting between both leaders in the month of May. The meeting illustrated the huge goodwill and personal chemistry of PM Modi with the former Japanese PM.