Russia is preparing for a Long War 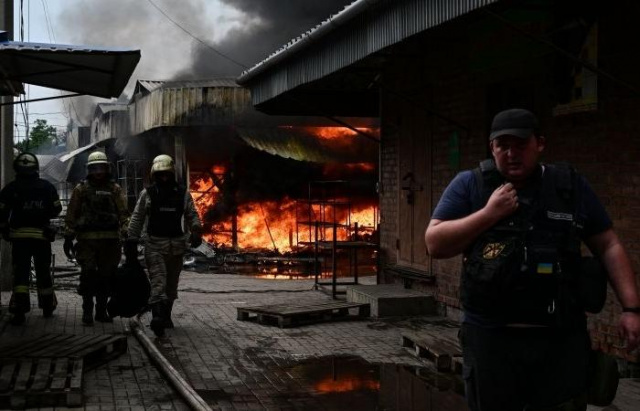 “Despite Russia's recent military victories in Ukraine, the Kremlin is far from achieving its goals and is preparing for a long war”. This became clear from a statement by Putin's close friend Nikolai Patrushev. The Secretary of the Security Council and former head of the FSB explained to the media that the war will continue until Russia achieves its goals. And then he listed the already familiar rhetoric: "denazification of Ukraine", "liberation of the Ukrainian people" and protection of "civilians from genocide".

According to experts, the lack of change in rhetoric means that Russia is preparing for a long war and will not be satisfied with seizing part of eastern Ukraine.

This is also proven by the intentions of the Russian army to continue its attacks against Donetsk after advancing in the Donbas region.

The next city that is in the Russians' crosshairs is Sloviansk. The mayor of Sloviansk, Vadim Liakh, reported heavy shelling, in which at least two people died. Ukrainian authorities urged the population of Sloviansk and the other large city nearby, Kramatorsk, to evacuate.

"Russia has turned the entire Donetsk region into a battlefield. Don't take any chances, pack the essentials and leave," Governor Pavlo Kirilenko urged.

At the moment, the Russian army is regrouping and apparently preparing a new attack and invasion even deeper into the territory of Ukraine.

Read the most important events, related to the war, in the last 24 hours here.