The war in Ukraine goes painfully on. After 4 months, the Russians show slow gains and have taken much of the Donbas, E Ukraine. In fact, if we count Crimea and the land along the south coast as well, Russia has grabbed almost 20% of Ukraine's land, and most of it is the most valuable, including where the wheat is grown. The south coast, which involves Mariupol, is vital as the sea outlet to the country and it is being blockaded by the Russians.

In the past few days, the BRICS (Brazil, Russia, India, China, S Africa) have been meeting in China, hosted by Xi Jinping. The BRICS countries, total 40% of the world population and 20% of the world's GDP, so they are a formidable bloc and forecast to become bigger and stronger. Currently, China and India are absorbing much of the oil and gas embargoed by the western powers so Russia is partially getting around that important component of the total block on trade. Perhaps that is why Vladimir Putin, along with his gains in the Donbas region, feels emboldened and having discussions with the Belorussian president, Alexander Lukashenko.

We can see Putin's forces now beginning to gather and send missiles to Kyiv and places in between. The meeting with the Belorussian President could mean the opening of a new front having a focus on Kyiv. If Kyiv falls then that will be the beginning of the end for Ukraine and the situation is serious and a setback for the western alliance, who say, however, that this will not be allowed to happen.

The G7 group of countries, which are the US, UK, Canada, France, Germany, Italy, and Japan, have just had a meeting in Germany to discuss Ukraine and the effect the war has on the global economy, cost of living. Most of those countries have big domestic problems to deal with but these are only going to get bigger if the war in Ukraine drags on. Regrettably, it would seem that none of the leaders seem to have enough domestic strength to stamp their authority on providing the arms in time that the Ukrainian army needs, despite promises that they are coming.

President Volodymyr Zelensky has pleaded with the western powers for some time to provide better weapons for his troops. They have been approved and are supposed to be coming but when? This week, next week, next month, too late? As a Ukrainian MP, when interviewed at the NATO meeting which followed the G7, said they require eight times the amount they currently have of up-to-date weaponry to stop and drive back the Russians out of Ukraine. Hopefully, the promised results from the recent meeting, as per communique, will ratchet up the support that Ukraine needs.

The G7 meeting was immediately followed by one involving NATO countries, as said, was held in Madrid. Sweden and Finland, which has an 830 km border with Russia, were welcomed into NATO, strengthening the Alliance. Again, the war in Ukraine was naturally top of the agenda. As if the meeting needed a reminder, a Putin's missile demolished a supermarket in Kremenchuk, which lies between the Donbas and Kyiv, killing and injuring a good number of people, supposedly missing a western arms depot, the original intent. There is a stated commitment to increase the available NATO troops from 50,000 to 300,000 in the countries along the Russian border, as the Russian threat is taken more seriously. That, however, is not of immediate help. The Ukrainians are outgunned and need arms desperately.

Looking back on Putin's war, in March he thought that he would win quickly and tried a thrust of ground troops and a large number of tanks on Kyiv. He was surprised, if not taken aback, by the resistance he met and had to withdraw from this attempt and had to rethink his strategy. His current way is to try to attack at long range with missiles, trashing buildings on the way. Although progress is slow it is steady, and this poses the threat that the western powers must quickly counter as argued above.

Meanwhile, the Russians, noting that they have a hold on the Donbas and that parts of the world are critically starving because they can't get access to Ukrainian wheat, have taken control of marketing this under the Russian banner. The wheat is 'stolen' from Ukrainian farms taken across to Russia by road, warehoused in Russian depots before shipping out of the Black Sea as Russian wheat!

The issue is whether the war goes on for some time or whether a cease-fire is called by the protagonists. If Putin sees that he is losing territory that has been gained, as a result of the western countries strengthening their support for Ukraine, it may well be in his interest to call it a day and try to hang on to most of what he has taken so far. This is not what the Ukrainians want, as President Zelensky has said. The Ukrainians would lose a critical part of their land and be much poorer for it. This is not a solution. Any peace negotiations will be a test of the western alliance since there are countries of the alliance whose economies are critically hurting and would welcome a ceasefire with Ukraine giving up land if need be. While Germany is pressing ahead with finding a suitable replacement, 'green' hydrogen, to its dependence on Russian oil and gas, it will take a few years to complete this, and there are other, less well-off countries that need a quick end to hostilities.

We are entering a new phase of the war with the west now finally awake to the threat posed by Russia, and whether the war will end fairly quickly or drag on for some time yet. Whatever, Ukraine will need all the help that it can get in the end-of-war negotiations and the rehabilitation and reconstruction that follows. Then, as President Joseph Biden reminded the NATO meeting the world will have to take note of China's ambitions. 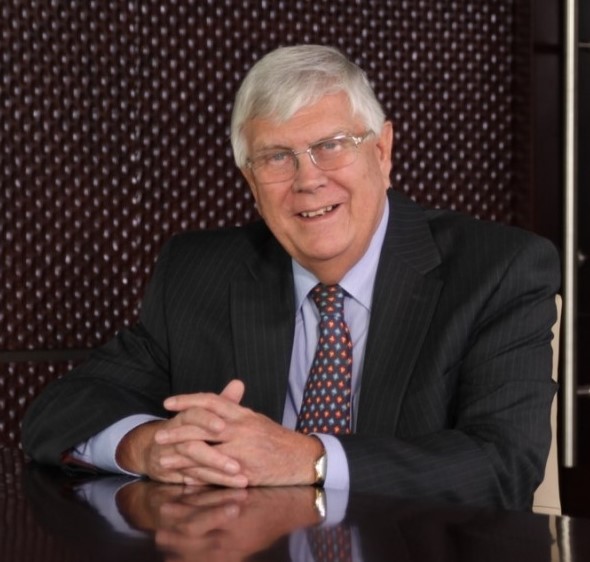 About the author:
Dr. J Scott Younger, OBE, is a professional civil engineer; he spent 42 years in the Far East undertaking assignments in 10 countries for WB, ADB, UNDP.  He published many papers; he was a columnist for Forbes Indonesia and Globe Asia. He served on British & European Chamber boards and was a Vice-Chair of Int'l Business Chamber for 17 years. His expertise is infrastructure and sustainable development and he takes an interest in international affairs. He is an International Chancellor of the President University, Indonesia. He is a member of IFIMES Advisory Board. Lived and worked in Thailand from 1978 to 1983 and visited Burma, Bangladesh and Nepal for projects.