Erdogan: We are Close to a Deal for the Transport of Grain through the Black Sea 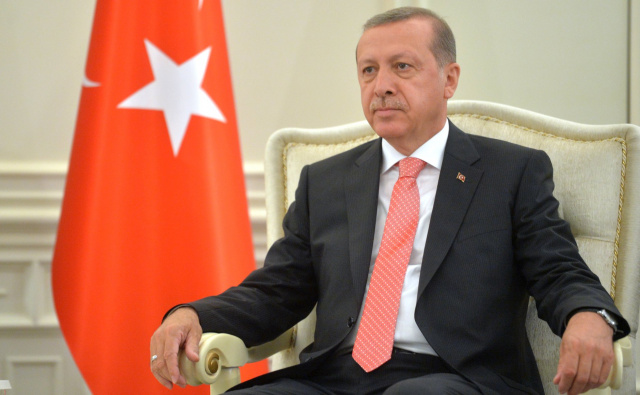 “Moscow and Kyiv are just days away from finalizing an agreement that will allow millions of tons of Ukrainian grain to pass through the Black Sea”, Turkish President Recep Tayyip Erdogan said.

In peacetime, Ukraine was a huge contributor to the world's food supply, but the blockade of its Black Sea ports after Russia's invasion prevented grain from being shipped to Egypt, Yemen and other countries in desperate need. Russia has attacked Ukrainian grain silos and allegedly seized stocks, Politico reported.

Turkey is trying to mediate an agreement between Russia and Ukraine. The government in Kyiv wants Turkey to provide security guarantees for ships transporting grain across the Black Sea.

"Negotiations are continuing so that this grain and sunflower oil can all reach the world," Erdogan said at a press conference in Ankara. "In a week or 10 days, we will intensify the negotiations and try to achieve a result."

The Turkish leader said the safe passage of merchant ships was very important because while his own country was not yet suffering from a grain shortage, Africa was already facing a "huge problem".

He spoke at a joint press conference with Italian Prime Minister Mario Draghi after talks between the governments of the two countries in Ankara.

Draghi said Turkey has a "central role" in the plan outlined at the G7 summit by UN Secretary-General Antonio Guterres. "That role is to ensure the security of the ships and to ensure that the ships are not carrying weapons," Draghi said.

The Italian prime minister said the plan was "very encouraging" because it did not require demining the ports, potential routes had already been marked and the task force had been established. The missing element is "the Kremlin's final agreement," he said.

The deal also has "very high strategic value" as it could pave the way for a negotiated peace, Draghi added. "In the context of efforts to achieve peace, this is the first step towards an agreement to achieve a goal in which we must all be involved because it affects the lives of millions of people in the poorest countries," said Italian Prime Minister Mario Draghi.