GERB: "We Continue the Change" are Amateurs, it's their Time to Leave 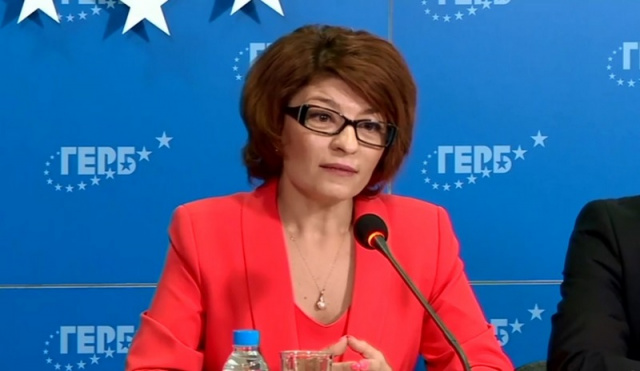 Leader of the parliamentary group of GERB Desislava Atanasova

“There is no need for any evidence that MPs are being bought”, Desislava Atanasova from GERB told BNT. “A government and its survival to be a matter of dealings in parliament seems to me the height of ugliness that can happen in political life”, she said and urged “We Continue the Change” (WCC) "amateurs, time to go".

"As MPs, we have made commitments to the voters and the parties, and these statements during the parliamentary elections are currently not being implemented. It is very strange that for 6 months we have been governed by a government that has not shown any program of management and ruling.”

“The government fell because of the failure in its financial policy and failure to raise a candidate for Prime Minister - precisely the main culprit for this failure and to present management priorities for 6 months - this is unacceptable in Bulgarian political life and a total loss of trust among the voters". Atanasova said.

“The parliamentary group of GERB does not participate in talks about buying deputies”, she specified but admitted that at least two deputies from GERB were asked before the vote of no confidence. Now deputies from GERB-SDS are not asked anymore.

"At the moment, it is certain that our MPs will vote against the government, and all the executors of this order to ensure a quorum are aware that there will be no breakthrough in the PG of GERB, and therefore they are not trying," said Atanasova.

Today GERB-SDS and BSP are submitting their proposals for changes to the Electoral Code, she further specified.

“The reason for the Electoral Code to enter the hall again is that in the last elections we had the lowest voter turnout”, Atanasova believes.

When asked why GERB will reject the second mandate to form a cabinet, she said:

"Because we rely on the values ​​of society and public trust in the last elections gave its support to WCC. They had the moral calling to form a government, to try to govern. It is obvious that they cannot. Amateurs, it's time to leave".

Politics » Be a reporter: Write and send your article
Tags: atanasova, We continue the change, GERB, MP
Advertisement
Advertisement
Expats.bg All Are Welcome! Join Now!
Related Articles:
More from Politics