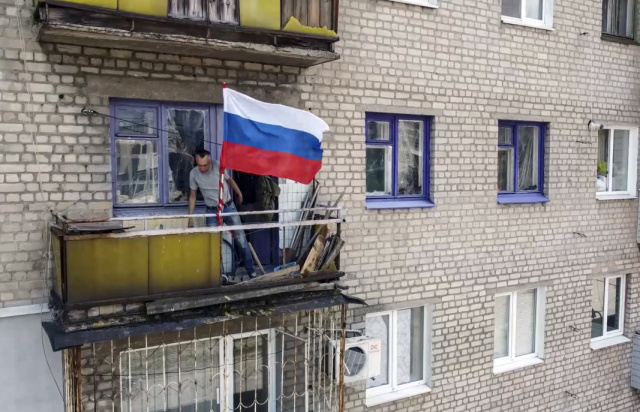 Kyiv: 750 billion euros will cost the recovery of Ukraine

750 billion euros will cost the reconstruction of Ukraine, estimated Prime Minister Denys Shmigal, who participated in the first major donor conference in Lugano.

Damage to Ukraine's infrastructure amounts to around 100 billion euros, Prime Minister Shmygal said in Lugano. According to the authorities in Kyiv, the frozen assets of Russia and the Russian oligarchs, which are estimated at between 300 and 500 billion euros, should be used to rebuild Ukraine after the war.

"A significant part of the economy has been destroyed, thousands of enterprises do not work. The recovery of the country is much more than the construction of new homes," explained Ukrainian President Volodymyr Zelensky, according to whom the recovery of Ukraine is "a joint task of the entire democratic world." "Let's start and not wait for the end of the war," Zelensky also urged.

Russia’s offensive in the east continues

On the orders of President Vladimir Putin, Russian forces are concentrating military operations in the Donbas.

After the conquest of Lysychansk and the entire Luhansk region, Russian forces are moving towards Donetsk. Russian President Vladimir Putin ordered the continuation of the offensive in Ukraine on other combat fronts. In a conversation with Defense Minister Sergei Shoigu, Putin gave a break to the forces that "achieved victory in Luhansk" and the rest should "successfully complete the assigned tasks."

It is expected that Russian troops will actively attack the parts of Donetsk region controlled by Ukrainian forces, with the aim of taking control of the entire Donbas.

Sloviansk is now a front line

“The Russian occupiers are approaching Sloviansk, the city has become a front line”, the mayor of Sloviansk, Vadim Lyakh, told Espresso media.

"The city has already become a front-line city. Now it is very important to evacuate as many people as possible, and yesterday's event (the shelling of the settlement) became a marker, and people began to leave the city actively. Yesterday it was left by 70 people, and tomorrow 200 people are ready to do it, and the evacuation continues. They are moving in two directions - Dnipro-Rivne and the second route is to Pokrovsk and by train to Lviv," he said.

According to him, the front line near the city has not changed for a long time.

"The city has been helping since the first days of hostilities and the process is endless. For example, if we take yesterday, 40 houses were destroyed. A nine-story building was partially destroyed. It is always a pity for human life, so I always call people to evacuate," added Lyakh.

The mayor said how far from the city the “Rashists” are.

DPR sues a Swedish citizen - a former fighter from "Azovstal"

Investigators from the so-called Donetsk People's Republic have charged a citizen of Sweden who participated in the hostilities in Ukraine in the ranks of the Ukrainian armed forces and surrendered at the Azovstal metallurgical plant in Mariupol, as a mercenary.

This was announced today to TASS by a source from the security structures of the DPR, BTA reports.

"A criminal case has been initiated against a citizen of Sweden and he has been charged under Article 430 of the Criminal Code of the DPR (‘participation in mercenary activity'). The accused is being investigated," said the source.

It did not specify the name of the Swedish citizen in the interest of the investigation.

So far, DPR law enforcement agencies have not responded to requests for comment on the matter.

At the beginning of June, two other Britons - Aidan Aslin and Sean Pinner, as well as the Moroccan Brahim Saadoun, were sentenced to death in the DPR on charges of mercenary, TASS reports.

The diplomat noted that Damascus is ready to work to build and strengthen relations with DPR and LPR based on mutual respect and common interests.

"The question of taking concrete steps to open embassies and exchange diplomatic representatives is being discussed," he said.

The ambassador reminded that the President of Syria, Bashar al-Assad, expressed his willingness to recognize the DPR at the end of last year, when a Russian parliamentary delegation, including a representative of the DPR, arrived in Damascus.

"The decision to build relations with the DPR was made in view of the fact that the Ukrainian crisis is a problem created by Western countries, led by the United States, who want to divide peoples and undermine Russia's national security. The opposition to the West's policy is from a common interest for all peoples who confront hegemony and fight it by all possible means," Haddad noted.

Syria recognized the DPR and LPR on June 29.

Moscow City Hall announced yesterday that it will name a space near the British embassy in honor of pro-Russian separatists in eastern Ukraine who are fighting alongside Russia against Western-backed Ukrainian forces, AFP reported.

This hitherto nameless area along Smolenskaya Street in the center of Moscow, near New Arbat, will be called Luhansk People's Republic Square, the city hall said in a statement.

The Moscow City Hall announced that the naming was done after a vote in which more than 100,000 Muscovites participated. 56.85 percent of the participants in the vote voted for the option chosen by the majority, notes TASS.

This decision comes the day after Russia announced that it had taken control of the entire Luhansk region in eastern Ukraine, according to AFP.