Scholz: Germany is sending the most Advanced Weapons to Ukraine 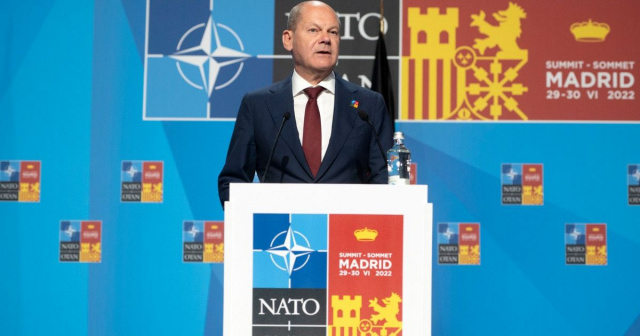 “Germany is one of the countries doing the most to provide military aid to war-torn Ukraine”, Chancellor Olaf Scholz said, while justifying delays in arms deliveries to Kyiv.

“The delay in German weapons, compared to the rapid delivery of American weapons, is due to the need to train Ukrainian soldiers in Germany”, Scholz told CBS News on the talk show "Face the Nation."

"Obviously, Germany is one of the countries that is doing the most, because what we are sending now is the most sophisticated technology that can be used," Scholz said in the interview, recorded on the sidelines of the summit of NATO in Madrid.

Since Russia invaded its eastern European neighbor on February 24, Berlin has been accused of being hesitant - even unwilling - to send weapons to Ukraine out of concern for its relationship with Moscow.

But the chancellor said that “comparing that time frame with Germany's weeks or months of delay was unreasonable”.

"You have to understand that there's a difference between a country like the United States that spends so much on defense, which is a very large investment, and has a lot of weapons and stockpiles," Scholz said.

He explained that rocket launchers sent by other countries were already in stock, but were not necessarily the most advanced, while Germany sent "the most advanced howitzer available on the world market."

He also expressed concern that Russian President Vladimir Putin has the means to continue his offensive in Ukraine.

"He's really fighting this brutal war and he's prepared for it," Scholz said, noting that he believes Putin decided to invade a year or more before actually doing so.

"So he will be able to continue the war for a really long time," concluded the German chancellor.