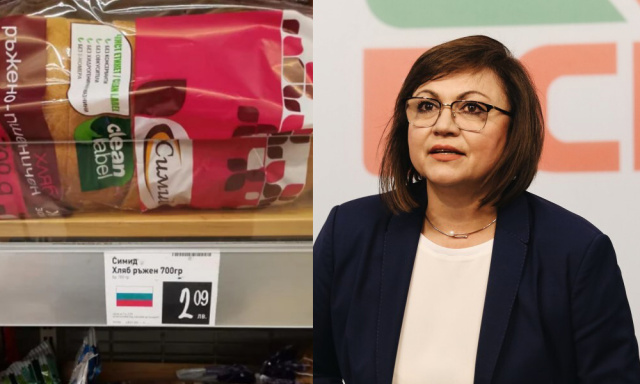 Bread prices were reduced by 20% after the adoption of the zero VAT rate for bread and flour. The measures proposed by the Minister of Economy and Industry in resignation Kornelia Ninova had an effect. Already on the 1st of July, large retail chains began to replace the labels with new ones at a lower price.

"Decreasing the price of bread was our commitment to the people and the producers, which we fulfilled," Minister Ninova said after the announcement of the news. She ordered inspections by the Consumer Protection Commission.

They confirm that price reductions have been announced in the large chains, and the announcements about this in the commercial establishments are correct and meet the requirements of the law.

"With this pre-emptive action of the law coming into force, traders show that they have the will to fulfill the commitment to reduce prices made when the measure was presented," noted Mariana Kukusheva, chairwoman of the Board of the National Union of Bakers and Confectioners.

"In this difficult socio-economic situation, our main priority is taking care of the people," said Deputy Prime Minister in resignation Ninova.