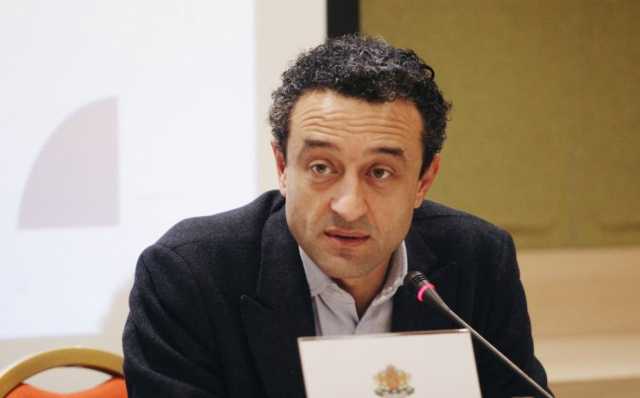 Minister of Innovation and Growth in resignation Daniel Lorer

“The decision to expel 70 Russian diplomats has been made and there is no going back. The Bulgarian interest is that there is no interference from the Russian side in our economy and politics”, announced the Minister of Innovation and Growth in resignation Daniel Lorer to BNT.

"If there is something we have shown in the last 1 year, it is that we are not afraid. We are not afraid to take responsibility for difficult decisions. Especially for the expulsion of the Russian residents - this is not a one-man decision. There was also a Council on security, the decision of the Ministry of Foreign Affairs is supported and is the result of the work of the services. The really important question is why this did not happen years ago. They have been here for years and have been tolerated by Bulgarian administrations. Our economic relations with Russia have long not needed the existence of such personnel here. No one had the courage to defend the Bulgarian interest. Bulgaria finally took a stand," commented Lorer.

He reminded that reciprocity is a mechanism that allows diplomats to be sent to their homeland.

"If we wanted full reciprocity, a few more should have been expelled, as Bulgaria only has 15 diplomats in Moscow. The very nature of their mission (the Russians’) is appalling and this has been tolerated for so many years," the minister was outraged.

Ambassador Elena Mitrofanova's comments on the duration of the cabinet, Lorer interpreted as interference in Bulgaria's internal affairs by a high-ranking representative of a foreign country, which is unacceptable.

Lorer believes that no lasting economic relationships will be affected.

"Russia has long been no longer as important an economic and cultural partner for Bulgaria as in the nostalgic past. The EU has long been the largest investor in the Bulgarian economy, after us, the Bulgarian citizens, who pay taxes. Russian tourists are no longer the most important for Bulgaria, Russian oil will soon not be the most important thing for the refinery. We thank aggressive Russian diplomacy to help us emancipate ourselves from them," Lorer pointed out.

According to him, "Lukoil - Burgas" will be able to process other types of oil from other sources, if necessary.

"However, it is dangerous if the Kozloduy NPP runs out of Russian nuclear fuel, because the fuel certification processes are long and the Bulgarian government will have to think about where to get it from. But we have fuel for at least a year or two, so this is not is an urgent problem," reassured the resigned minister.

On "We Continue the Change"

“For us, both Kiril and Asen are the ones who started the change a year ago. Both of them proved that the most important thing for them and for the entire Bulgarian society is to stop the thefts so that there is more income for the people. With this simple mission, we won the last election. Asen Vassilev currently has a very difficult mission. Together with him, we need to find out if there is a majority in the Bulgarian parliament that is not afraid to stop the thefts and stealing”, Daniel Lorer pointed out.

"The question is, under the leadership of Asen, whether we can in one week convince a few more deputies to think about the future of our children, about the fact that a global recession is coming and Bulgaria must have a stable government," he added.

In Lorer’s words, Kiril Petkov will be an "active part of the change management", but the final decision will be Vassilev's when he assembles the cabinet. “First, however, it is important to negotiate the policies with DB, BSP and the independent MPs”. Lorer is adamant that they are not seeking posts for anyone before they can assemble a governing majority.

Lorer believes that the reasons for the vote on finance and the economy are absolutely untenable and there are no such reasons because Asen Vassilev managed the state finances quite well despite the triple crisis - inflation, pandemic and war.

Lorer warned that without parliament, the money from Brussels under the Recovery and Resilience Plan will not come.

According to him, yesterday, when handing over the mandate, the president responded to the messages of change, that if they do not make reforms quickly enough, the status quo will claim the state back.

"I want to believe that the institution of the presidency stands behind the people and unites them," said Daniel Lorer.

Regarding North Macedonia, Lorer said: "the government is again correcting a defect of the past years - diplomacy that did not exist". No one understood what Bulgaria wanted from the RNM.

Regarding the French proposal, he said that no one will do our work in full - the next Bulgarian administrations must look out for our interest if a veto should be imposed again if things get out of control.