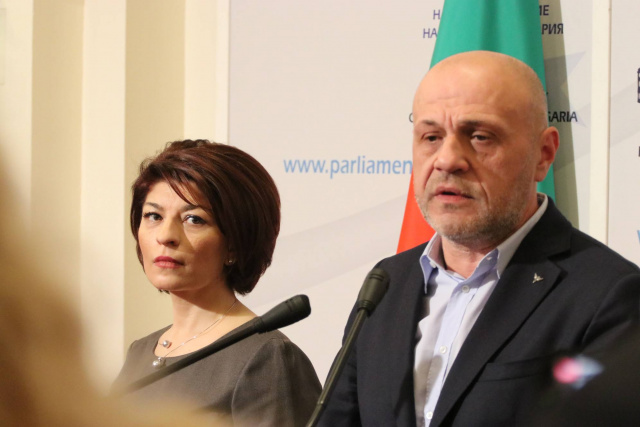 “GERB-SDS will not conduct any talks to support a government within this parliament with any mandate”, the chairwoman of the parliamentary group Desislava Atanasova told journalists on the sidelines of the National Assembly. “We believe”, she pointed out, “that it is right to have early parliamentary elections as quickly as possible”.

“For us, Kiril Petkov, Asen Vassilev, or anyone who was broadcast from the former quadruple and now triple coalition, are persona non grata in this parliament”, Atanasova announced.

Tomislav Donchev added that “this National Assembly is not able to form a stable working government”. According to him, even if on the basis of transfers some support is reached and a new cabinet is elected, it will be weak, helpless and will not be able to do any work.

If something is formed, it will neither be long-lasting, nor would it withstand the next vote of no confidence, and, according to Desislava Atanasova, there will be such occasions in the future.

Tomislav Donchev emphasized that there is another topic related to the deficit in the Bulgarian Constitution. “It has given us an algorithm of what we do when a government loses parliamentary support, but it does not give us an answer to the question of what we do when the highest positions of the state, especially the post of prime minister, turn out to be people who are functionally unfit to fulfill all the responsibilities assigned to them by the position”, explained Donchev. “And here there should be a serious legal and parliamentary debate on the subject because this is a gap in our basic law”, the deputy believes.

The country is still governed by an "absolutely inadequate person" who causes more and more chaos and catastrophes with every action, Donchev pointed out. And he specified that a constitutional procedure should be considered, which would allow the National Assembly or some other body to have an attitude and react in this situation. “Tell me one thing that the current government has tackled and not caused a disaster - in foreign or domestic policy”, said the MP. In his words, the fact that today the leader of GERB Boyko Borissov announced support for the decision regarding the Russian diplomats does not mean that it was not made in the most outrageous way, in complete violation of rights, procedures and laws.