BSP is Satisfied with the Choice of Vassilev as PM, “There Is Such a People” is Not 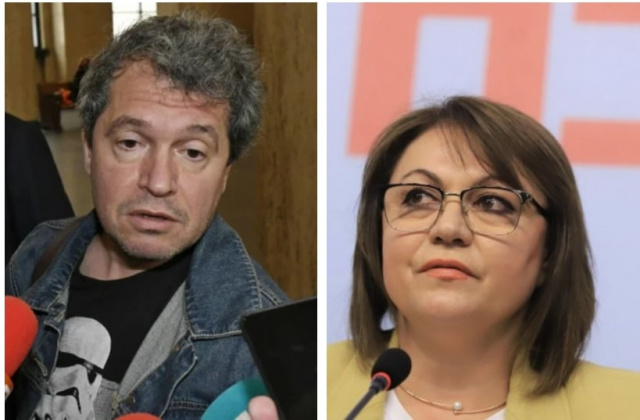 “Our condition for negotiating with 'We Continue the Change' was that Kiril Petkov should not be a candidate for prime minister. This condition is met. We will talk to WCC about forming a government”. This was said by BSP leader Kornelia Ninova after it became clear that WCC was proposing Asen Vassilev for Prime Minister.

“The priorities that Petkov outlined in his address coincide with some of the BSP's priorities. In the negotiation process, the Left will add - social policy, affordable healthcare, development in education, stabilization of the economy.”

"We fully support their anti-corruption priorities, changes to the Public Procurement Law, changes to the Anti-Corruption Commission - this is also part of our program. We are starting to negotiate on policies that are clearly spelled out this time - with clear responsibilities and deadlines - something that was missing in the first term", Ninova said and reaffirmed: "We are returning to the negotiating table".

"Replacing Kiril Petkov with Asen Vassilev is not an option for a new cabinet," said Toshko Yordanov from "There Is Such a People" on the sidelines of the parliament.

In his words, "We Continue the Change" could have acted responsibly.

"Among them, there are people who would be much more acceptable in this position. This is their move to fail the first mandate", added Toshko Yordanov.

According to him, the third mandate has not come and is not in "There Is Such a People". Toshko Yordanov predicts that it can also be given to BSP, DPS, DB, "Vazrazhdane".

"I am surprised by the proposal of ‘We continue the change’ because it is a cast, it is not a step back and it is a very unmeasured proposal", added Toshko Yordanov.

According to him, if the former speaker of the parliament, Nikola Minchev, was proposed, "There Is Such a People" would participate in talks and look for a ruling formula.

Politics » Be a reporter: Write and send your article
Tags: BSP, There is such a people, We continue the change, Vassilev
Advertisement
Advertisement
Expats.bg All Are Welcome! Join Now!
Related Articles:
More from Politics