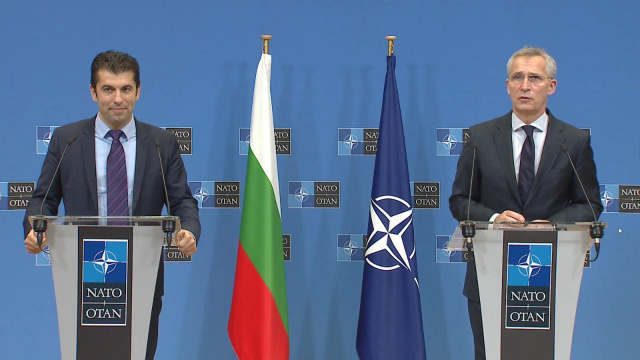 “Bulgaria's decision to expel 70 Russian officials considered to be foreign agents is a sovereign decision that must be respected.”

This was stated by NATO spokeswoman Oana Lungescu when asked by "Dnevnik" how the alliance would comment on yesterday's ultimatum from Russia and the subsequent threats by Ambassador Eleonora Mitrofanova to close the embassy and even to sever diplomatic relations between the two countries.

"NATO Allies strongly condemn [Russia's] long-standing trend of extortion, attempts to interfere with our democratic processes and institutions, and attacks on the security of our citizens," the statement from the alliance's headquarters in Brussels added.

"We stand in solidarity with our ally Bulgaria," concludes Lungescu's position.

The European External Action Service (EEAS) expresses full support for Bulgaria to extradite 70 Russian diplomats and warns that if Russia closes its embassy, ​​it will contribute to its greater isolation.

Here is the full statement from the European External Action Service spokesperson:

“The European Union deplores the unjustified threat by the Russian Federation to terminate diplomatic relations with Bulgaria in response to its decision, which is fully in line with international law, to expel 70 employees of the Russian Embassy who acted in violation of the Vienna Convention on Diplomatic Relations.

The European Union expresses full support and solidarity with Bulgaria in these circumstances and will continue to closely monitor the matter.

Such a disproportionate step by Russia will contribute to its greater international isolation.”