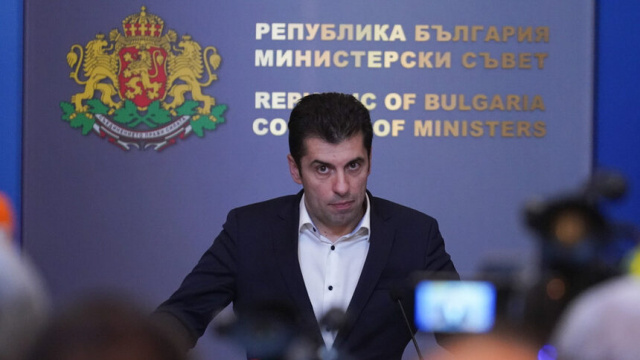 Bulgaria will not give Ukraine fighter jets, Prime Minister Kiril Petkov said at a briefing, refuting reports that combat-ready aircraft of the Bulgarian army and other Soviet-made Eastern European countries could be transferred to Ukraine to try to regain control of its airspace.

“In general we lack planes, we can't give the only planes we have to anyone. We have a small number of flying planes, we have a problem with the supply of parts,” the prime minister said.

“It is completely absurd to give them away”

“It is completely absurd to give them at this moment,” Petkov added on the topic that fighter jets would be diverted to Ukraine. This thesis is repeated by the Deputy Prime Minister for Economy and Industry Kornelia Ninova. On BTV, she reiterated that no weapons had been exported to Ukraine, and there had been no official request for such a thing.

Second day in a row, however, the prime minister spoke about the military-logistical assistance that the country will provide, but what it means is not specified. Petkov only announced that it would be coordinated with the European Union and NATO as “common aid”. According to the laws in Bulgaria, such assistance must be approved by the National Assembly, the Prime Minister explained.

There is clarity in the humanitarian aid that Bulgaria provides to Ukraine: “Several trucks are being organized, which are full of clothes, tents, blankets, shoes, which the Ministry of Transport is thinking about how to bring to Ukraine, which is not an easy task. It's easy to get to the border but how do you say that it's just blankets and not something else? This is something that is getting cleared at the moment.”

The other aid to Ukraine

Apart from the humanitarian aid and the donation campaign of the Bulgarian Red Cross, Petkov said the country would organize a quick procedure for obtaining a work visa for Ukrainians. “We want to give a very short period of time from the arrival of Ukrainian refugees to the receipt of working documents so that they can integrate in Bulgaria, to have coordination with employers so that these people can work in Bulgaria,” said the Prime Minister.

The prime minister said 190 Bulgarians were leaving Kyiv on government-organized buses. They are expected to leave Ukraine by the end of the day.